What does it take to have a terrible team in professional football? Take a bad quarterback, non-existent running game, then couple that with a shoddy defense and you’ve got the correct recipe for futility. Here’s a rundown of some of the worst teams of all time, with a look at why they are the kings of epic FAIL in the NFL. Plus, a look at college teams that are perennial losers.

The Saints were once known to have the nickname the “Aints,” a moniker they seem to have shaken since winning the Super Bowl in 2010 with a powerful offense. But no one is going to forget the terrible defense of this 1980 team, with opponents putting up an average of 30 points per game. Even though the offense was so-so with Archie Manning throwing 509 times, that couldn’t make up for the fact that the team’s top running back only gained 366 yards. 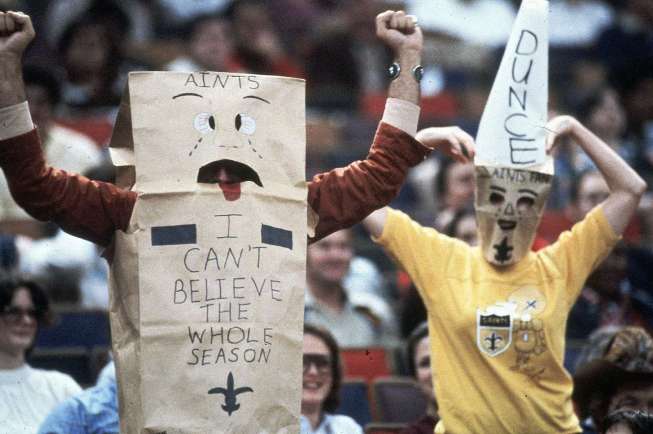 This Colts team was only one point away from having the worst record in football at the time, but they squeaked out a win in their 11th game of the season. The offensive line was terrible; the running game scoring only three touchdowns despite having all-pro back Eric Dickerson on the team. Quarterback Jeff George was sacked 56 times. The defense was ranked last in the NFL. 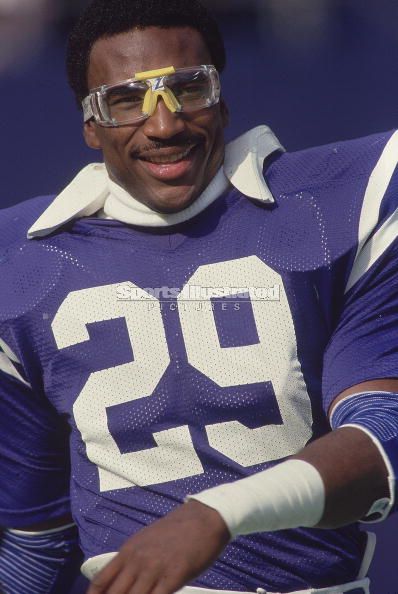 Dickerson in 1991: “Personally, I wouldn’t come out and watch a game.”

In 2001, Carolina won its very first game, then proceeded to lose the rest of them. This was mainly due to shoddy quarterback play by 2001 fourth-round draft pick Chris Wienke out of Florida (he ended up with 11 touchdowns and 19 interceptions). The defense ranked last, and Carolina’s leading rusher had less than 700 yards. But it shows how quickly things change in pro football: two years later, the 2003 squad ended up in the Super Bowl. 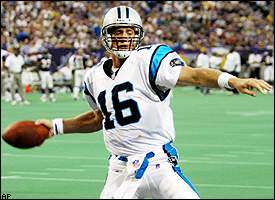 It probably didn’t help that the Bucs played in uniforms colored Creamsicle, with a logo that featured a man holding a knife in his mouth – but that is merely another observation of a notably bad team.

Prior to 2008, the 1976 Tampa Bay team was known as the worst team in the history of professional football. In its first year as an expansion franchise, the team posted a 0-14 record and had the worst offense and defense in the entire NFL.

The 2008 Lions currently hold the record for the worst single season win-loss tally. They were so bad that if you travel to 0and16.com you will be automatically redirected to the Lions’ official site (someone outside of the Lions organization bought the domain, then had it redirected).

The team started three different quarterbacks during the season (one of which allowed a safety by running out of the end zone), and the defense ended up ranked last in the league for points allowed. The offense only managed to score 18 touchdowns the entire season. 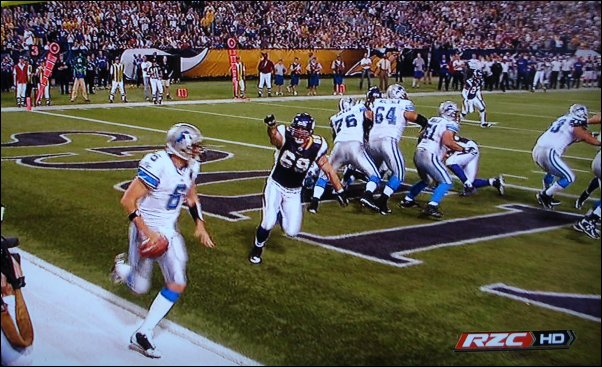 That’ll be two points – for the other team.

As bad as these NFL teams were, some college football teams are even worse. Here are three teams that are perennial losers, despite their colleges trying to support them over a long period of time.

Even though Temple’s football team has a stadium that holds 68,000 to support its large student population, Temple has sorely disappointed its fans. It was even kicked out of the Big East in 2004. Although they were invited to a bowl game in 2009, it was the first since 1979. 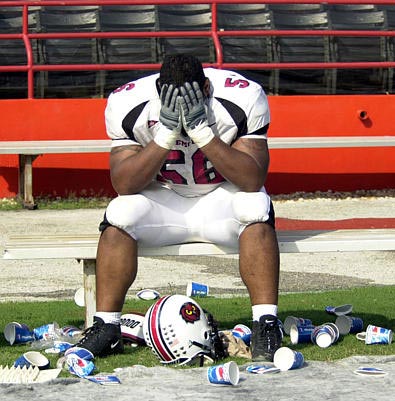 They consistently get beaten up by their Big Ten rivals, and that’s probably a big reason why their 50,000 seat stadium only averages 30,000 fans. When is the last time Indiana won the Big Ten conference outright? Back in 1947! 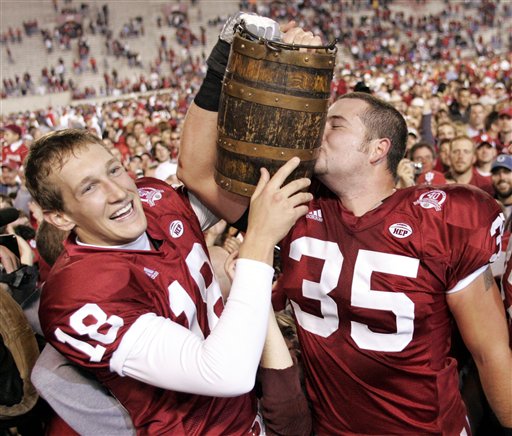 Indiana wins an old wooden bucket – if they can beat Purdue.

This team is ranked as having one of the worst Division I FBS win-loss percentages at .454. In its history, Eastern Michigan has had eight winless seasons, including 2009. It can’t even compete in the Mid American Conference, a mid-major collection of college teams. 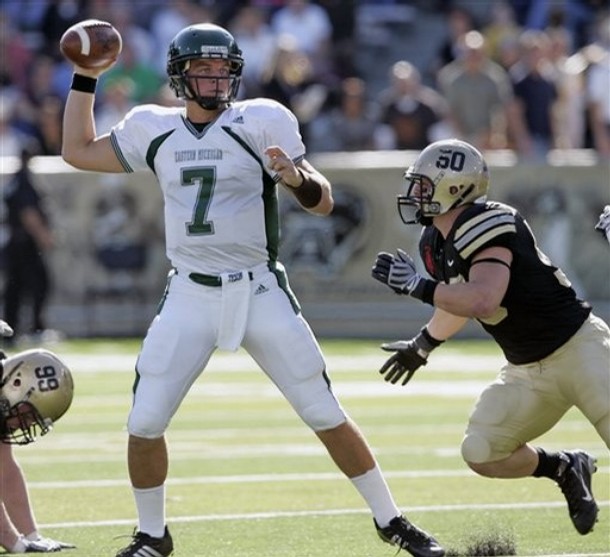