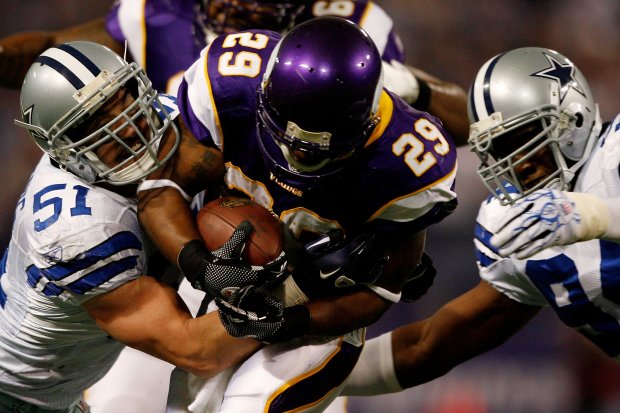 As we progress through Week 4 of the NFL preseason, Football fans find themselves with just under two weeks left before the start of the 2011-12 NFL Football regular season, and for the remaining games slated for exhibition play we’ll have a great chance to look at first-team starters on the field for longer periods of time, making wagers at the top online sportsbooks a little easier to predict. While it’s been a fun preseason thus far with so many changes across the league’s teams happening so very quickly, it’s nice to see that many teams are settling in to regular season form, and giving us fans reason to wager on the teams expected to stand out in this year’s regular season campaign. So, with just this weekend and one more week of Preseason NFL Football left for online sports betting before the real deal begins, join me today in some football betting at one of the top online sportsbooks reviewed here for a taste of the 9 games scheduled for this evening.

Looking first to the earlier games on the East Coast, play kicks off with the Jacksonville Jaguars heading north to visit the Buffalo Bills in what may be one of the tougher match-ups to call today. While the Jaguars appear to have solidified a starting QB as David Garrard secured his role for Week 1 of the regular season at least, he hasn’t at all been impressive, and without star running back Maurice Jones-Drew helping to keep the Buffalo defense honest, he could struggle once more on the road tonight. However, the Jags may be better aligned than the Bills are, with Buffalo amassing just 13 total points in two preseason games as QB Ryan Fitzpatrick had little effect last Saturday in Denver, and between him and back-up QB Tyler Thigpen, they’ll be missing their top two receivers in Roscoe Parrish and Donald Jones who are both out with injury. Without any offensive threats, I’ll happily take the Jags as the +125 underdogs in tonight’s match-up. Moving on to the next available option for NFL wagering, the Pittsburgh Steelers are at home and look to continue their winning ways there against the Atlanta Falcons, who I simply can’t see fairing any better than Philadelphia did last week. Once again look for the Steelers to get on the board early to hold the Falcons at bay down the stretch, and for them to pick up their 7th straight preseason win against Atlanta all-time, covering the -3 point spread (EVEN money) posted at Sportsbetting.ag sportsbook.

In another intriguing NFL match-up today, catch the New England Patriots matching up against the Detroit Lions, with the Super Bowl favorite Patriots lining up against a Detroit team that many see making a run at the playoffs and a winning record for the first time since 2000. However, with the way the Patriots have played this preseason, it’s hard to put money on the Lions overcoming them even on home turf considering the Pats have rolled up the Jags 47-12 and the Tampa Bay Buccaneers 31-14 without breaking a sweat this preseason. Though Detroit has won the last 4 of 6 preseason meetings between the two teams, the Patriots look primed to get one back tonight, and I’ll take them to cover the -3.5 points on the spread with the consideration that their average margin of victory in 2 games stands at 26 points already. Spotting a couple of additional NFL games to put interest in and potential wagers, check out the Dallas Cowboys at Minnesota Vikings, with both sides missing a number of key assets, and a QB situation in Minnesota far from resolved between Donovan McNabb, Joe Webb, and rookie Christian Ponder. This may be the closest match-up of the day in the NFL, but at home I expect the Vikings to prevail as they’ve been more effective at a balanced run-pass game than Dallas has this preseason.

Rounding out the other games available for betting on sports today in NFL preseason ball, catch a South Florida match-up as the Miami Dolphins head to Tampa Bay to face the Buccaneers, the Chicago Bears clash with the Tennessee Titans, and the Houston Texas go west to meet with the San Francisco 49ers. Wrap up the day with some West Coast battles between the Seattle Seahawks and Denver Broncos as well as the Arizona Cardinals hosting the San Diego Chargers, and you’ve got an action-packed evening of NFL Football as well as some great options for betting on sports at Sportsbetting.ag, or any one of the best online sportsbooks reviewed right here. With just one more week of preseason play left, now’s the time to test out some small wagers on the teams in action right now, before the real deal starts on Thursday, September 8th!