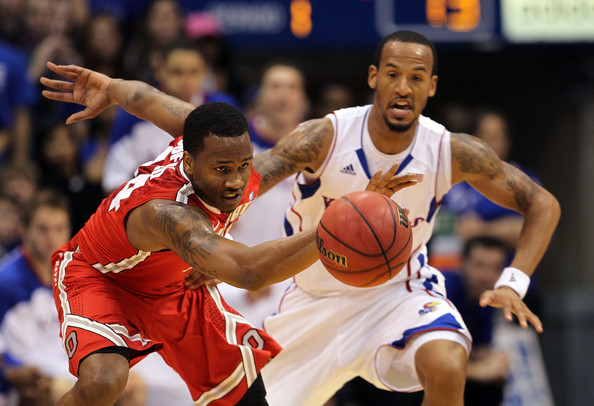 After having to wait a week for the 2012 NCAA Basketball Tournament to return to action, finally the Final Four games are upon us today, with two fantastic showdowns pitting the elite, best-of-the-best against one another inside the voluminous confines of the Superdome in New Orleans, Louisiana. Whether your brackets are busted or remain largely intact, or whether or not you have any teams left in competition that you would consider rooting for, there’s no question that the Final Four is one of the most exciting pair of games in all the sporting world, and certainly well worth a pair of wagers at one of the top reviewed online sportsbooks found here. For the Final Four games lined up today, it’s time to pick out another one of the best online sportsbooks, with today’s nod going to the Betonline Sportsbook. Featuring competitive odds, a clean interface and great customer support, count on Betonline Sportsbook as a key destination for betting on sports day-in and day-out regardless of what sports season it happens to be.

Spotting the two top wagering items of the day on the Final Four games set to play out, check out the sportsbook betting lines first and foremost for an exciting Final Four match-up between tournament favorite #1 Kentucky and stand-out underdog #4 Louisville, as two teams from the same state get set to tip-off in a heated rivalry game on the national stage. This should make for a classic pairing between two of the most brilliant minds in the NCAA, as UK head coach John Calipari leads his extremely talented and high-scoring cast of Wildcats up against the Cardinals’ Rick Pitino and a Louisville squad that has beaten all expectations to play for the chance at a national title. While Kentucky certainly has all the right pieces on the court that have made them the favorite in a run for the championship with Anthony Davis, Michael Kidd-Gilchrist, Doron Lamb, Marquis Teague and Terrence Jones, it will be interesting to see how the Cardinals’ game plan is crafted to limit the potency of a number of the Wildcats’ top players, and keep them frustrated via swarming defense. One thing is for certain, if Louisville can’t contain Anthony Davis down at the post, only a hot-shooting performance for Louisville around the perimeter will be enough to pull them back even in the game. Davis has the size, speed and skill to go toe-to-toe with the best defenders in college basketball, and getting him active on the scoreboard early is key for UK tonight. Also, with Louisville focusing on defense and limiting shooting percentage, Kentucky has to get good outside shooting efforts from their top 3-point shooters, namely Doron Lamb and Darius Miller. With Kentucky averaging nearly 39 percent from 3-point land, they have a clear advantage over Louisville’s shooters, and while Calipari’s game plan will likely focus on pounding the ball inside to Davis, a good shooting night from around the perimeter could help keep the game out of reach especially down near the final buzzer.

For Louisville, clearly outclassed from an offensive perspective and along stats lines, it will be another test to whether an excellent coaching staff leading a poised defensive-minded team can stifle the hopes of yet another elite squad that is picked to beat them soundly and is better in just about all aspects of the game. UK comes in to tonight’s match-up as an 8 1/2 point favorite against the spread at Betonline Sportsbook (-110 odds), and gets -470 odds straight up on the money line, so with that all the pressure is on the Wildcats to not become the next in line to get embarrassed by a more rag-tag band of Cardinals players who consistently frustrate opposing offenses with hounding defense and an ability to play clutch down the home stretch. Despite the fact that Louisville will use a defense-first approach to limit Kentucky’s effectiveness tonight, they also simply must find a couple of stand-out players to lead them in scoring (here’s looking at you Peyton Siva and Kyle Kuric), avoid foul trouble for their big men (namely Gorgui Dieng), and prevent the hottest UK scorers (right now Anthony Davis, Doron Lamb and Michael Kidd-Gilchrist) from dominating yet another game. Kyle Kuric has to continue to be the level-headed floor general tonight, and must find a way to hit a few clutch shots from deep range. The Cardinals are not a great shooting team, averaging around 43 percent shooting on the season, and just 31.3 percent from 3-point range, so they need to see Kuric and Chris Smith in particular have success against an equally-good UK defense. Freshman Chane Behanan will also play a huge role tonight, as he has in each game of the tournament while averaging 14 points/game. showdown with great online sports betting options available for taking either the favorite Kentucky Wildcats or the underdog Louisville Cardinals. Look for this match-up to be a lot closer than expected, especially with huge focus on defense that should see the 137 points on the over/under prove tough to surpass, but be weary of another Cardinals’ miracle victory against a Kentucky team that quite simply outclasses them in just about every part of the game.

Moving along to the next Final Four match-up for top sportsbook betting, catch the clash between the two remaining #2 seeds, as the Ohio State Buckeyes take on the Kansas Jayhawks in what should be a much closer match-up at least on paper coming into the game tonight. While this game may get the back burner to the more classic pairing between Kentucky and Louisville, that certainly doesn’t mean there isn’t a lot of anticipation for a quality match-up that will feature some of the top names in college hoops. For Ohio State, it’s about the trifecta that combines the inside threat Jared Sullinger, along with the powerful and potent swing-men duo of William Buford and DeShaun Thomas. For Kansas, the focus is on two of the most talented college basketball players in the nation, with Thomas Robinson one of the most dominant inside players this year, combined with point guard Tyshawn Taylor, who is a match-up nightmare for any defense. Along stats lines, these two teams are incredibly well matched. Both shoot the ball incredibly well, averaging right near 48.5 percent shooting from the floor, have mustered right near 75 points of offense per game, and have outstanding defenses that limit opponents scoring to right around 60 points per game. They are nearly identical in rebounding proficiency, passing ability and in three-point shooting. If anything separates the two elite programs in this match-up, it is the depth of talent the two hold. Kansas has notably been vulnerable whenever Thomas Robinson gets into foul trouble, as their only other real inside presence is Jeff Withey, who while being talented can also be inconsistent especially against more physical inside opponents. While the same could be said for Jared Sullinger and the Buckeyes, as OSU finds itself struggling to score without Sullinger in the line-up, Ohio State does have an edge especially around the perimeter, with more available options should some of their starters not be able to step up in a big challenge game against an elite defense.

In this Final Four showdown that will be a rematch game from an earlier meeting between the two powerhouse programs, the Buckeyes will at least be at full strength as they missed their star forward Jared Sullinger in the 78-67 loss at Kansas earlier in the season. That will certainly even the playing field between the two teams tonight, and truly this is anyone’s game considering the level of talent and coaching expertise on both sides of the court. Expect Kansas to push the pace and try to get hot hands rolling on offense once again (as they did exceptionally well against North Carolina in the Elite 8), and expect Ohio State to put big emphasis inside the paint, with a huge battle between Jared Sullinger and Thomas Robinson sure to define the bottom line of the game. Both teams will be looking to put their opponents’ big men in foul trouble early, so expect plenty of action inside the paint from the very get go. That said, as we’ve seen in past meetings between two hot shooting teams, the first half won’t have much say as to how the end of the game plays out, as rarely has a team been able to pull away before halftime and carry the game uncontested to the final buzzer, but it will most likely determine which type of game we’ll see in the second half. Expect both teams to push for easier buckets in the opening minutes, as high percentage shots will be crucial to accumulate in the face of good defense, but once the second half opens up, the outside scoring attacks will be emphasized much more, especially if one team or the other finds their big men in foul trouble. While Kansas must maintain their dominant presence inside the paint, Ohio State may have to find their source of extra points around the perimeter, as no doubt Thomas Robinson and Jeff Withey hold the size advantage down low. That said, Jared Sullinger has the ability to overcome any match-up in the paint, so if he has a better night than Thomas Robinson does, that may be an indicator of which way this game drops in the end.

For the betting lines in the second of the two Final Four pairings, Ohio State comes out as a slight favorite to win, with -145 odds straight up on the money line, and -2 1/2 points to cover against the spread. Kansas is a +125 underdog, making them an intriguing pick on an elite team with favorable odds. With two teams that have talented shooters and can put up big points inside the paint and from the perimeter, the 136 points allotted to the over/under will be a challenging risk to take on for sportsbook bettors. While both sides play outstanding defense against squads they don’t shoot as well or don’t have as much depth, there should be expectations that each team is going to push the pace early to try and get the upper hand on the scoreboard. Ohio State certainly has watched what Kansas can do with a hot hand, and will try to prevent transition basketball as much as possible, however the pace of the game may be intense all the way through as both sides shoot and move the ball well, which could easily lead to a breakout of the over total points mark here tonight. Look for this game to be decided on which team can come out with the clutch perimeter shooting, as their matched up very well inside the paint and throughout the starting ranks, but also expect foul trouble to play a hand in a very physical match-up that could see the tides turned depending on which critical player is forced to sit for extended lengths of time.

It’s a huge day for College Basketball as Final Four action only comes around once a year for online sports betting, so with that in mind make sure to squeeze in as much research as possible on tonight’s exciting games, and make your most educated sports bets at one of the best online sportsbooks reviewed here.