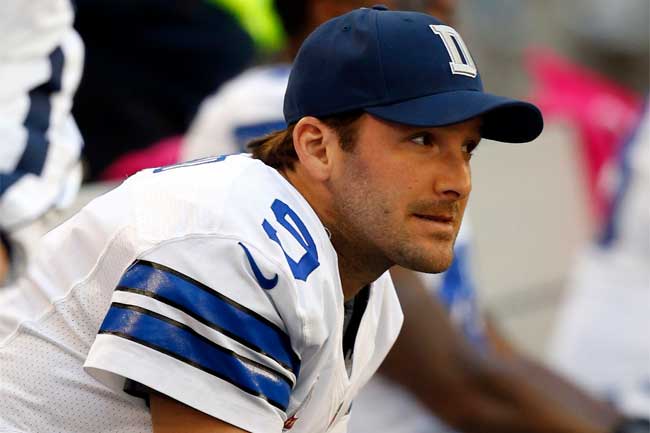 As Sunday Night Football rolls around again this week, viewers will get their chance to see the unbeaten Atlanta Falcons host the reeling Dallas Cowboys.

If you’re unsure who to pick in this one and need a few pointers, read on to find a few nuggets of truth that may sway you one way or another.

There’s still an air of criticism surrounding the Atlanta Falcons (7-0, 3-0 home), and rightfully so.

The Georgia side may well be perfect but that is a record achieved against a very soft schedule. Atlanta has faced just one team (Denver) that currently has a winning record. The team’s opponents have gone a combined 19-33 (.365), hardly a record that is going to be imposing to any semi-decent side. But, as the old adage goes, you are what your record says.

Atlanta will look to ride this unbeaten streak further towards the playoffs. And ride the Falcons can. At this point in time, the schedule going forward is almost as soft as that which has passed. Future opponents have a record of 27-38 (.415), and only one team with a winning record (NY Giants) lies in wait.

Of course there’s a big difference between what happens on paper and what happens on the gridiron. With five games remaining against divisional rivals, Atlanta can expect the run to the postseason to be tougher than it appears. And it might not take until next week’s showdown with New Orleans for the Falcons to chalk one up in the loss column.

Anyway you slice it up, Dallas (3-4, 2-2 road) has had a bizarre season so far. It’s not that the Cowboys’ 3-4 record is that strange. The team has certainly played like a 3-4 team for much of the year. It’s not even that there is a huge imbalance between the almost non-existent running game and the passing game. It’s the fact that this is a team with obvious talent, but nothing to show for it.

Dallas scores just 19.6 PPG (25th). Part of this is down to a weak rushing game that has seen neither DeMarco Murray nor Felix Jones put in any kind of consistent play. Murray (foot) will be missing for the third straight game Sunday. Part of it is down to Tony Romo.

Romo has thrown a completion rate of 65 percent this season with nine touchdowns. He’s even ran one in, putting him one behind Murray for the team lead in rushing touchdowns. But he’s thrown 13 interceptions! Far too many drives have finished with Romo giving the ball to the other side.

If the Cowboys are to achieve anything against the Falcons on Sunday night it starts with looking after the football. In an ideal world, Romo would hand the ball off and let the Cowboys’ running game punish a weak Atlanta rush defense. That perfect world wouldn’t include Murray out and Jones trying to cope with a niggling injury. Come kickoff time, the Cowboys may have no option but to put all of their eggs in the basket that is Romo’s inaccurate arm.

But then again, Tony Romo is 19-2 in the month of November!

Dallas leads the all-time head-to-head 16-8 and has been dominant in recent years. The Cowboys have won seven of the last 10 meetings, including the last time the two sides met, a 37-21 victory in October 2009. Dallas is 7-5 all-time when playing the Falcons in Atlanta.

Atlanta is favorite heading into this one. A three-point advantage has risen to four points as kickoff approaches.

Dallas has gone 3-4 ATS this season while Atlanta is 5-2 ATS. The two games dropped by Atlanta came in close wins over Oakland and Carolina, and go some way to suggesting that the Falcons are not as dominant as their record might suggest.