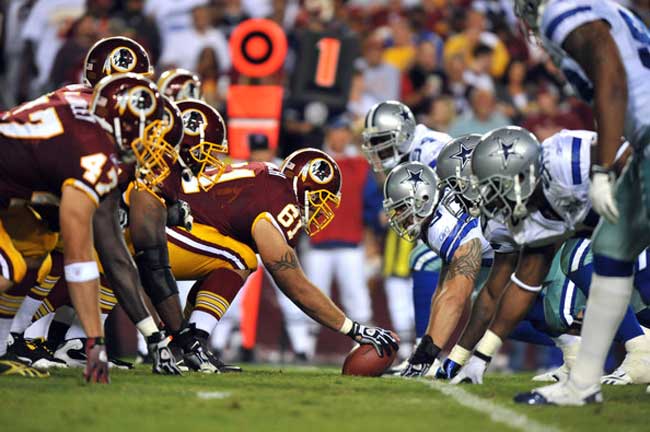 Thanksgiving is upon us which means it’s time for some real Thursday night football, and not those hapless games that parade under the Thursday Night Football banner the rest of the year.

Let’s face it, there’s no way you’re going to get to sit down tomorrow and work your way through the NFL’s Thanksgiving schedule looking for those all-important tips that will ultimately help you make the right pick. There’s always someone, or some task, that gets in the way. So take the opportunity today to get on top of things and pick your teams early.

Here’re a few tips from CasinoReview that may well help you with the three-game slate.

In keeping with tradition, Detroit (4-6, 2-2 home) hosts the Thanksgiving Classic opening, this year welcoming the best team (record-wise) in all of football, Houston (9-1, 4-0 road).

The Lions have had a rough season so far, coming across as a one-dimensional passing team with just one receiving threat (Calvin Johnson). A porous defense hasn’t helped matter, with the team conceding 24.6 points per game, 23rd in the league.

The Texans meanwhile have been the toast of the AFC, serving up nine wins from 10. The team’s only loss – a 42-24 beat down at the hands of Green Bay – alongside close wins over the Jets, Broncos, Bears, and this past weekend against Jacksonville, have proved the side is fallible though, and Detroit will look to make the most of home field advantage.

Odds: Despite its superior record, Houston opens as just three-point favorites. The over/under is 49.

Take: Houston – With a defense that ranks in the top 10 in passing (7), rushing (2) and scoring (4), it’s hard to imagine the Lions putting many points on the board in this one – despite passing for more yards per game than any other team in the league. Detroit’s defense has been relatively sharp itself, until you consider points conceded, a category in which the Lions rank 23rd across the league. That means Matt Schaub, Andre Johnson and Arian Foster may have a typical Texans game. On top of all of this, Detroit has not won a Thanksgiving Day game since beating the Green Bay Packers 22-14 in 2003. Take the Texans to cover the spread and the total to go over.

In the second of Thursday’s traditional Thanksgiving games, Dallas (5-5, 2-2 home) hosts division rivals Washington (4-6, 2-3 road) in what may prove to be the most competitive game on the schedule.

The Cowboys’ spluttering season has almost evened out over the past two weeks, with wins over Philadelphia and Cleveland (just). That being said, that isn’t exactly the most sterling of opposition.

Washington routed Philadelphia 31-16 this past weekend, halting a three-game skid in the process. Rookie quarterback Robert Griffin III has impressed for much of the season, and the Redskins at least seem pointed in the right direction. A win over the Cowboys will put the side back in contention for the NFC East, which the Giants seem determined to lose.

Washington’s pass defense – which is ranked 29th in the league – could be up against the wall as Tony Romo and the Cowboys passing game – ranked seventh in the league – looks to lead an almost rushing-less offense.

Odds: Dallas is favored but the opening spread of six points has dwindled to three ahead of kickoff. The over/under is 46.

Take: Dallas – In many ways it wouldn’t be a surprise to see the Redskins take this game, which is more a commentary on the Cowboys’ lack of consistency than it is Washington’s prowess. However, Dallas has owned Washington in the recent past, taking three straight and six of the last seven. Add to that the fact that the Redskins have never beaten the Cowboys on Thanksgiving Day (in six attempts) and Tony Romo’s impressive November record (21-3) and you have all the ingredients for history to repeat itself, however uninteresting that might seem to those rooting against America’s Team.

A win in this AFC East divisional match-up could well be enough for the Patriots – already three games ahead of the Jets, Bills and Dolphins, who are all tied up – to all but be awarded the division title. The Jets therefore need a win and even that might not be enough to bring back any credibility to what has been an incredulous season.

The bad news for the Jets is that not only was New England victorious earlier in the season, and not only have the Patriots won three straight, but the Massachusetts side has also won 18 of the last 24. The Jets, to put it abruptly, are up against it.

Rex Ryan, Mark Sanchez and Co. will need to remember that the Patriots’ victory earlier this year was achieved only in overtime. There might be some hope yet.

Odds: New England is a one-touchdown favorite heading into this one. The over/under is 51.

Take: New England – Okay, so we’re going with all three Thanksgiving favorites, but that’s just the way this schedule is shaping up. Few people expect the hapless Jets to get anything from the Patriots, a team that has averaged 47 points per contest over the last three games. Compare that to a paltry 14.3 being put up by the Jets in that same period. Take the Patriots to cover/obliterate the spread and take the total to go over, as it has in eight New England games this season, especially as the Patriots covered the total alone last weekend.