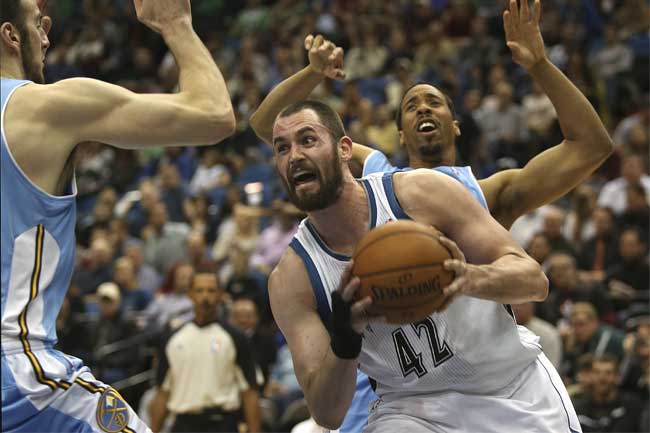 We love Tuesday nights around here. It’s one of only two nights of the week that is solely about the round ball. Well, at least while the NHL officials and players continue to shuffle their feet.

Tuesday sees a relatively compact schedule of games around the Association, but don’t let that put you off; there are some real doozies to get behind.

Any elation the Mavericks might have had about knocking off New York on Wednesday was clipped by a weak performance against the Lakers. The purple and gold side ran out 115-89 winners on Saturday.

Dallas (7-7, 2-4 road) now heads to Philadelphia (8-6, 5-4 home) to take on a 76ers side looking to find some consistency. In the wake of news that Andrew Bynum will be out even longer, Doug Collins’ side took a victory last time out, beating the Suns 104-101 in the City of Brotherly Love. That win snapped a two-game skid.

The game marks the first of eight road games in 10 for a Mavericks side that has struggled on the road so far this year, and is beginning to look desperate for the return of Dirk Nowitzki.

Take: Philadelphia – The Sixers are 4-1 against the Western Conference this season, with wins over Denver, New Orleans, Utah and Phoenix. Only the powerhouse Thunder team has been successful against the Sixers. Take the total to go under; the Sixers struggle to score 100 against the west.

In dire need of a win, Minnesota (5-7, 2-4 road) travels to Sacramento (4-9, 4-4 home) in a bid to win Kevin Love his first game since returning from injury. The Timberwolves are also looking to snap a six-game losing streak.

Sacramento may be a Pacific Division bottom feeder but the Kings have looked sharp of late, taking two of three, including a win over the Lakers last Wednesday. Tyreke Evans and Co. will look to make it three from four against the Wolves. Sacramento has won six of the last seven against the Wolves in Northern California, a trend the side will look to ride on Tuesday night.

Odds: The spread opened even in this one but most bookies have the Kings as one-point favorites. The over/under is 197.

Take: Minnesota – The Wolves have a real shot at an upset here, and while you’re not likely to make a bundle off of one win, you’ll make a little more from taking the underdog here. Take the total to go under.

The basketball god must really want the Lakers (7-7, 6-3 home) break out of this early season slump; the Southern California side takes to its home court for the 10th time in 15 games, Tuesday night. Of course, for every prolonged home stint, the team faces a devilish road trip.

Tonight the Lakers host Indiana (6-8, 2-6 road), a side reeling in the wake of Danny Granger’s long-term injury. That being said, the Pacers managed to patch together three wins from four before dropping Friday’s game in San Antonio. A victory over the Lakers would move Frank Vogel’s side one step closer to .500, and one step closer to turning things around.

The Lakers bounced back from a two-game losing skid with a definitive victory over Dallas on Saturday. Despite an ailing record, the purple and gold side has been fairly solid at home, dropping just one of the last six at Staples Center.

Odds: The Lakers are the heaviest favored side in the league tonight with the spread opening at 7½-points. The over/under is 195½.

Take: Los Angeles – Despite niggling injuries, the Lakers’ home record suggests that they have enough to get past Indiana, but don’t be surprised if the Pacers cover the spread. Take the total to go over.