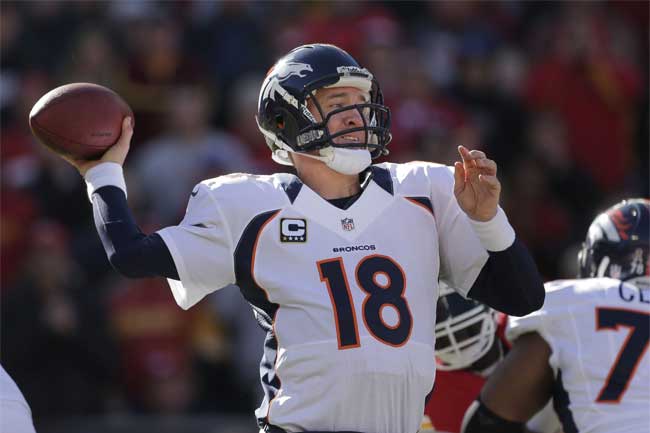 With just five weeks to play in the regular season, we’ve reached that point where almost every game is a big game (it’s hard to imagine any Chiefs game being considered ‘big’). The race for division titles and wild card spots heats up this week (and every week here after) and we’ve rooted around and picked out three of the most intriguing contests on the slate.

Seattle (6-5, 1-5 road) heads to Soldier Field this weekend looking to do something it has only achieved once this season; win on the road. The Seahawks have lost three straight away from CenturyLink Field since beating Carolina at the beginning of October. Another loss could eliminate Seattle from the race for the NFC West.

Chicago (8-3, 5-1 home) meanwhile is looking to extend its lead at the top of the NFC North. The return of Jay Cutler – following a concussion – last week heralded a first win in three games, and established a one-game lead over Green Bay.

The matchup sees the No. 2 (Chicago) and No. 3 (Seattle) ranked defenses – in terms of points per game – take to the field so expect this to be a dogfight.

Take: Chicago – Not only is Seattle poor on the road but Chicago has only struggled against teams that can put points on the board (Green Bay, Houston, San Francisco), something the Seahawks struggle at. In the head-to-head series, no team has won two in a row since 2007, and with the Seahawks winning last time out, the Bears will look to maintain that trend. Take the Bears to cover the spread but take the under with these two defensive-minded teams.

Bookmakers kept schtum on this one until news that Ben Roethlisberger was definitely out. He is and as such the Ravens are favorites in this one.

Pittsburgh (6-5, 2-4 road) will hope that backup Charlie Batch has a better outing than last week in Cleveland. In fact, the entire side will need to improve on an eight turnover performance.

Baltimore (9-2, 5-0 home) will defend its unbeaten record at home and look to all but secure the AFC North championship with a win. Whilst the offense has looked patchy over the past few weeks, the defense has secured victories. The Ravens have won four-straight and eight of the last nine.

A win for Baltimore will mark the second consecutive season the Ravens have swept the Steelers in regular season play. A loss for Pittsburgh, and a 6-6 record, will make it very hard to make the postseason.

Take: Baltimore – Pittsburgh is 0-6 when playing the Ravens without Ben Roethlisberger, and while Troy Polamalu will return for the defense, it doesn’t look good for a Steelers side in trouble. However, take the Steelers to cover the spread and the total to go under; this could well be a repeat of the 13-10 game we saw two weeks ago.

Two sides that struggled early in the season but have been hot of late square-off at Mile High on Sunday afternoon.

Tampa Bay (6-5, 3-2 road) opened the season 1-3 but has turned things around as the season has progressed. A 24-23 loss to the Atlanta Falcons may prove costly though. If the Bucs lose this weekend, the Falcons will be awarded the NFC South title.

Denver (8-3, 4-1 home) opened up the season 1-2 but has taken seven of the last eight, including the last six. A win on Sunday would give the Broncos their first seven-game winning streak since 1998, when John Elway and Co. went on to win a second consecutive Super Bowl. A win also would be enough to wrap-up the (pitiful) AFC West.

Denver has had good fortune against the Buccaneers in the past, winning five of seven encounters all-time and three of the last four. Tampa Bay meanwhile is 1-3 in Denver, with that solitary win coming back in 1996.

Denver will look to take advantage of the No. 32-ranked Tampa Bay defense instead of running the football; Willis McGahee is out injured and the Bucs have the best defense against the run in the league.

Odds: Denver is seven-point favorites heading into this one, with the over/under at 51½.

Take: Denver – Home field advantage could play big in this one (when doesn’t it in Denver?), especially with the Bucs woeful record in the Mile High City. Tampa Bay has very much punched above its weight class this season, but Denver will prove too much. Take the Bucs – the best team in the league against the spread (8-2-1 ATS) –  to cover the spread though. Take the total to go over; Denver and Tampa Bay are numbers three and four respectively in scoring this season.