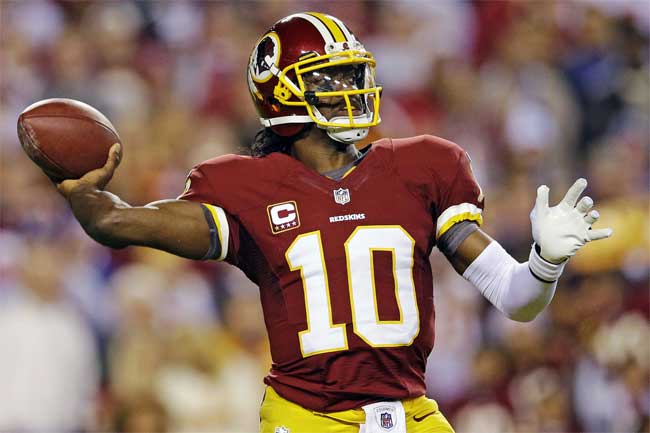 With four playoff berths awarded last weekend, things will get a little edgier this week for those sides still looking to play in January.

Baltimore has an opportunity to sew up the AFC North this weekend, but only with a win and losses for both Pittsburgh and Cincinnati. Expect this particular race to carry on for a little longer.

Meanwhile, Houston can convert its playoff berth into a division championship with a win over New England on Monday night. That’s a tough task, and a New England win would give Indianapolis a ray of hope in the AFC South, providing the Colts can take care of Tennessee that is.

Elsewhere, the NFC East, NFC North, and NFC West continues to see action too close to call, with early leaders New York Giants, Chicago Bears, and San Francisco now holding on for dear life. These run-ins are going to be so good!

To get you in the mood for more NFL action, here’s CasinoReview’s pick of three of the best from this weekend’s schedule.

Three losses in four games have seen the Bears lose sole possession of the NFC North lead. Tied with Green Bay at the top of the table, the Bears’ chances of winning the division now look shaky to say the least.

Chicago (8-4, 3-2 road) will look to turn around its recent poor form with a trip to Minnesota (6-6, 5-1 home). The Vikings are two games back of the Bears and Packers, but with games remaining against both sides, can still be considered in the race for the division, or a Wild Card berth at least.

The Bears’ only win in the last four was a 28-10 victory over Minnesota, but the Vikings side that takes to the road is very different to the one that plays at home. The Vikings will be anything but a pushover in this one, and Chicago’s top 10 rush defense could be in for a long day against the number one rusher in the league, Adrian Peterson.

Odds: Chicago opened as two-point favorites, a number that has since increased to three. The over/under is 39, down from 40 at opening.

Take: Minnesota – The Vikings represent a real opportunity to back an underdog winner, thanks to the side’s impressive home form. The Bears have been offensive lacking of late and without the leadership of Brian Urlacher, there could be further woes to face. Take the total to go under; the Bears will limit Minnesota’s points but can’t score themselves.

By hook or by crook the Ravens have somehow managed to scrape together wins this season despite having a very different look to previous seasons. Not nearly as proficient on the defensive side of the ball, Baltimore (9-3, 4-2 road) has struggled offensively also, yet the side has kept on winning.

However, last week the Ravens fell to the Steelers, thwarting what would have been a golden opportunity to have put the AFC North out of reach. Instead, Baltimore now has a tentative two-game lead with a tough schedule ahead.

Washington (6-6, 3-3 home) has leapt into playoff contention with three straight NFC East wins and looks very much the form side heading into this encounter. Rookie quarterback Robert Griffin III is being touted as a potential MVP candidate by some, and the ‘Skins have a real opportunity of a massive turnaround this season.

Baltimore will make the short trip to Landover, Md., knowing that the Redskins will be a tough out, despite the Ravens’ historic advantage in the series.

Odds: The spread opened Even, a testament to the surging ‘Skins and faltering Ravens. Oddsmakers subsequently have Washington as three-point favorites ahead of kickoff. The over/under has edged from 47 to 47½.

Take: Washington – Just three weeks ago it would have been ludicrous to have expected Washington to take this game, but the Redskins have looked good of late. The Ravens meanwhile need the boost of a win, but really will be up against the wall. The big winners in this one, other than Washington, will be Pittsburgh and Cincinnati. This is likely to be decided by little more than a field goal, so take the total to go over just.

Although not mathematically eliminated from playoff contention, the Saints have an absolute mountain to climb in order to do just that. Running the table would give the Louisiana side a 9-7 record which in all likelihood won’t be enough for one of the two vacant Wild Card berths.

New Orleans (5-7, 2-4 road) travels to the New York Giants (7-5, 4-2 home) this weekend looking to keep any faint glimmer of hope alive. The Giants meanwhile will be looking to stay ahead of the chasing pack in the NFC East. Both Washington and Dallas are hot on the G-Men’s heels, just one game back in the division, and both with a superior divisional record.

The Saints have won three straight games against the Giants, and four of the last five. This season has thrown these sorts of trends out of the window though. The Giants are 10-4 all-time against the Saints in New York/New Jersey.

Odds: The Giants opened as five-point favorites but that advantage has slipped to 4½. The over/under is 53.

Take: New Orleans – Despite having only one win over a team with a winning record this season, New Orleans will find the Giants ripe for the pickings this weekend. A Saints win will set the cat amongst the pigeons in the NFC East. Take the total to go under; although the two previous encounters have eclipsed 53, these are two sides struggling to find their offensive flow this season.