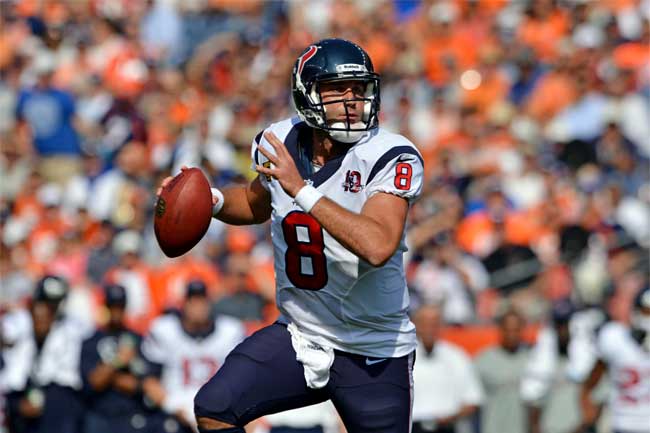 In what some believe could be a preview of this January’s AFC Championship Game, New England hosts Houston at Foxboro on Monday night.

Bidding for a bye during the Wild Card round of the playoffs, the Patriots (9-3, 4-1 home) will look to derail a Houston (11-1, 6-0 road) side that is unbeaten away from Reliant Stadium this season. Already in possession of at least a Wild Card berth, the Texans will be looking to take another step towards a second straight AFC South title.

Indianapolis’ come-from-behind win over Tennessee on Sunday afternoon means that the Texans are still not assured of the AFC South division title and won’t be until next week at the earliest, and with two of its remaining three games after Monday night against the Colts, there could be a sting in the tail of this particular story yet.

New England faces no such final stretch intrigue. The Patriots are the runaway leaders – and champions for the ninth time in 10 years – of the AFC East, a division that has seen the Jets, Dolphins and Bills all underachieve. Were it not for the beleaguered AFC West – which has recorded just 20 combined wins this season, 10 of which belong to Denver – the AFC East would be a frontrunner for worst division in football. As it stands, it’s certainly the most disappointing.

Best of the Best

New England has fought its way to a 9-3 record by bludgeoning opponents. Averaging a massive 35.8 points per game, the Patriots have stormed to eight wins over the last nine games, and whilst Miami’s fairly impressive defense limited Bill Belichick’s side to ‘just’ 23 last weekend Tom Brady and Co. don’t look ready to let the foot off the pedal just yet.

The Texans’ offense has had a season to remember also. Behind Matt Schaub’s arm and Arian Foster’s running prowess, the side has averaged 29.3 points per game, second only to the Patriots. The Texans have won six straight, and have only dropped one game – a 42-24 loss at home to Green Bay – all season.

The Texans also enjoy an advantage on the defensive side of the football. Wade Phillips’ defensive unit has conceded just 87.6 yards per game on the ground this season, and gives up only 18.4 points per game, good enough for fourth in the league. New England meanwhile has improved on last year’s poor defensive habits but still concede 21.7 points per game (14th) and 279.9 yards through the air (29th). Only New Orleans, Washington and Tampa Bay give up more air miles than the Patriots.

The Monday night clash will be an excellent chance for fans, players, coaches, experts and bettors alike to judge just how far Houston has come this season, and whether the perennial playoff favorite Patriots can compete again this season. It’ll also offer oddsmakers the opportunity to put some sunlight between the two sides in the NFL Futures, where both teams are currently considered 9/2 to win Super Bowl XLVII in New Orleans.

New England is 14-5 on Monday Night Football since Bill Belichick took over the reins in 2000. Only one of those losses was at home, a 40-21 defeat to Indianapolis in 2005. Over the past six seasons, the Patriots have posted a 9-1 record on the marquee broadcast and are perfect at home.

Houston meanwhile has had only a flitting relationship with Monday Night Football. Neglected for the first six years of its existence, the Texans have since posted a 2-3 record on Monday nights, including a 1-1 record on the road. That sole victory came earlier this season in New York against the Jets.

The two sides have only met three times previously, with New England holding a 2-1 advantage. Houston came up short in its one and only trip to Foxboro, back in 2006. The sides last met on Jan. 3, 2010 at Reliant Stadium, a game that ended 34-27 to Houston.

New England is a four-point favorite ahead of kickoff. Both sides have fared well when it comes to covering the spread this season, with Houston compiling a 8-3-1 ATS record compared to New England’s 7-4-1 ATS.

The over/under is 51½, having dropped a point from opening. The total has gone over in nine Patriots games this season and six Texans games. In the three previous meetings between the sides, the final score has only tipped that mark once. The average final score is 30-20 (in favor of New England) just below the 51½ marker. That being said, with the two sides ranked No. 1 and No. 2 in scoring this season, the total could easily go over.