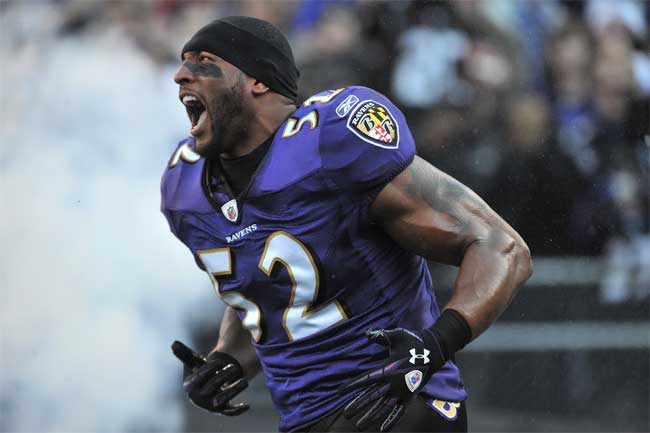 The NFL postseason got off to a good start for bettors backing favorites to cover the spread. Both Houston’s win over Cincinnati and Green Bay’s victory over Minnesota on Saturday saw the bookies’ favorites advance to the divisional round of the playoffs, scoring a win against the spread in the process. Both games saw the total go under.

Sunday sees the remaining two fixtures of the wild-card round and Casino Review has all the information you need. Let’s start with a matchup that pits Charm City’s past against its present.

There’s little left to be said about an Indianapolis (11-5, 4-4 road) side that has defied the odds and the experts just to make it to the postseason. All that’s left to do is see how far Chuck Pagano, Andrew Luck and Co. can take this ride. Of course, the team has every belief it will be well beyond Sunday’s wild-card matchup in the Colts’ former home city.

Rather than concern itself with the Colts’ impressive run, Baltimore (10-6, 6-2 home) will look to put the skids on a run of poor form. The Ravens have dropped four of five and look like a wounded animal coming into the playoffs. The return of Ray Lewis – who will be playing his final home game after announcing he’ll retire at the end of this run – may be enough to buoy the Ravens. But then again, it might not.

Baltimore defeated Indianapolis the last time these two sides met (Dec. 2011), snapping an eight-game Colts winning streak. The two sides have met in the playoffs twice previously (following the 2006 and 2009 seasons) with Indianapolis running out victors both times. Of course, the team that took those wins, and those eight straight, included a certain Peyton Manning. Such records may as well be thrown out of the window at times like these.

There’s no denying that the Baltimore defense of old was not on show this season, but completed to the Colts, even this so-so Ravens defense is a beast. Baltimore outranked Indianapolis in points and yards allowed this season, including rushing and passing yards.

Surprisingly, a Baltimore offense that spluttered throughout the year also ranked better than Indianapolis, but there was a certain amount of magic surrounding Andrew Luck, who dragged the Colts back time and again. Doing the same this weekend would really set out a stall.

Odds: Baltimore opened as 6½-point favorites, a number that has risen to seven. The over/under is 47, up from 46 at opening.

Take: Baltimore – As has been the case with this opening round, it wouldn’t be that big a surprise to see either of these teams come out with a victory. Of course, were the Colts to win, it would prove the bigger story. But ultimately, Baltimore has a huge edge in experience, and somehow the Ravens always seem to find a way to win at this stage of the playoffs. The Ravens have won three straight wild-card games, and four straight playoff openers. You have to go back to Jan. 2004 to find a Ravens team that was one-and-done in the postseason. Take the Colts to cover the spread and keep this a close game however. An improved defensive display will keep the total from going over.

Andrew Luck isn’t the only rookie quarterback turning franchises around. In fact, two individuals that have done exactly that will meet at FedEx Field in Sunday’s late afternoon game.

Robert Griffin III may have been drafted behind Andrew Luck but more and more people are cottoning on to the idea that the Redskins’ triggerman may just be the best candidate for Offensive Rookie of the Year. Meanwhile, Russell Wilson may not have been a starter when the season commenced, but he’s certainly earned his spot, and again, is rated higher than Andrew Luck in many people’s eyes. Both will look to add to their legacy with a debut playoff win.

Washington (10-6, 5-3 home) outlasted Dallas and the New York Giants to win the NFC East, booking its first playoff trip since the end of the 2007 season. The Redskins provided the league’s best rushing attack, averaging 169.3 yards per game. The side ranked fifth overall in total yards gained (383.2 YPG) and fourth in points scored (27.3 PPG).

Seattle (11-5, 3-5 road) navigated some early road woes to finish the season strong. Really strong. The Seahawks averaged 42.5 points per game over the last four games of the season, stuffing opponents defensively to the tune of 10.8 points per game in the process.

The Seahawks were unbeaten at home this season, but will not get to play at CenturyLink Field after finishing one-half game behind San Francisco in the NFC West. Seattle’s early season road woes – which saw the team go 1-5 – seem to have turned around with wins in Chicago and Buffalo. Still, this is a side that will not be relishing a road game at this time of year.

Washington on the other hand has not lost a home playoff game since Dec. 30, 1984. Granted, the team has only played five games in that 18 year period, but that won’t dampen this side.

Washington is 11-6 all-time against Seattle, and has won six of the last eight. Worryingly for the Redskins though, the two losses that have fallen in that eight-game span both came during the playoffs (following the 2005 and 2008 seasons).

Odds: Seattle is the only road favorite of wild-card weekend. The spread opened at just one, but has subsequently risen to three. The over/under is 46, up from 45½.

Take: Seattle – History denotes that it is more likely than not that there will be one lower ranked seed beating a higher ranked seed during the wild-card round of the playoffs (see yesterday’s article). Well, this looks like this year’s candidate. Seattle is almost as solid as Washington in the running game – ranking third in the league (161.2 YPG) and much more effective defensively. No team in the league gave up fewer points than the Seahawks (15.3 PPG) this year. That may be just the advantage Seattle needs. Take the Seahawks to cover the close spread. Take the total to go over as these two teams look to run some points on to the board.