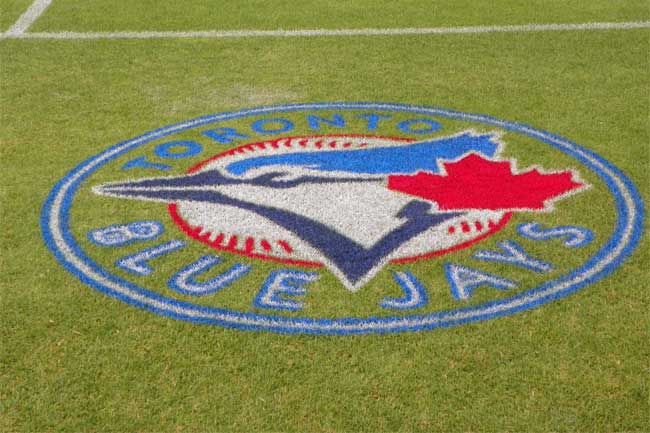 In 47 days’ time, the Houston Astros and Texas Rangers will take to the baseball diamond at Minute Maid Park, raising the curtain on the 2013 Major League Baseball Season.

With pitchers and catchers arriving in Arizona and Florida this week for Spring Training, there’s still plenty of deals to be done before that first pitch is thrown – not to mention a cavalcade of storylines that still need to fully unravel – but Casino Review is going to take this time to look at the updated MLB futures, and how they could still be impacted six weeks or so before the season proper gets underway.

Currently No. 1 on the MLB futures list is Toronto. Since November’s mega-trade with the Miami Marlins, the Blue Jays have held firm at the top of bookmakers list.

The retooled Blue Jays will welcome the likes of Jose Reyes, Mark Buehrle, Josh Johnson, Melky Cabrera, and 2012 Cy Young award-winner, R.A. Dickey to the fold when the team takes to the Rogers Centre field for its first game on Apr. 2.

Whilst the collection of talent – the likes of which the Blue Jays have never seen before, even during its World Series winning season of 1992 and 1993 – has wowed bookmakers to the tune of 7/1 odds to win the World Series, bettors need only take a look at this season’s Los Angeles Lakers, or last year’s Miami Marlins for that matter, to see how this could blow up in their face.

Toronto is 7/2 to win the AL pennant at this time.

No. 2 on the MLB futures list is Washington. The Nationals are considered 8/1 to win the World Series next season, and 15/4 to win the NL pennant.

After enjoying the franchise’s best season since moving to D.C., Washington had the luxury this winter of sticking with what brought it to the dance. Aside from the usual tinkering and sorting that goes along with the offseason, the team did add closer Rafael Soriano to the bullpen, at the cost of a two-year, $28 million contract. That instantly makes the Nationals a better side.

Like the Blue Jays, the Dodgers were involved in a blockbuster trade last year, only in this case it happened during the season. The arrival of Adrian Gonzalez, Josh Beckett and Carl Crawford might not have come in time for the Dodgers to catch San Francisco in the NL West, but odds makers like the side’s chances from the off this season.

The MLB futures’ top five is rounded out by Detroit and the Los Angeles Angels, both of whom are considered 9/1 to win the World Series, and 9/2 to win the AL pennant.

After winning the AL pennant in 2012, the Tigers haven’t made a huge splash in the market this offseason, but with it expected that Victor Martinez should return from injury (ACL) this season in the DH spot, odds makers like the Motor City side to contend again. It doesn’t harm that AL MVP and Triple Crown-winner Miguel Cabrera will be back at third base.

The Angels did make a splash this winter, signing free agent Josh Hamilton from under the noses of the Texas Rangers. Hamilton – who has suffered alcohol dependency issues – is a risk but one the Angels and bookmakers like, especially when the long ball hitter is next to Albert Pujols.

We’ve included a breakdown of all odds pertaining to the World Series, American League and National League below, but here are a few more noteworthy observations.

World Series champion San Francisco finds itself in joint sixth spot on the World Series futures (14/1) alongside Atlanta, Cincinnati, the New York Yankees and Texas. The Giants are tied with Atlanta in fourth place on the NL futures (7/1) behind Washington, the Dodgers, and Cincinnati (6/1).

The Yankees and Rangers (both 13/2) are tied for fourth spot in the AL with plenty of questions surrounding the organizations, not least in New York’s case the uncertainty surrounding the health and possible PED usage of Alex Rodriguez.

At the other end of the futures list, Houston is the least favored team in terms of the World Series (200/1) and, in its first season in the league, the AL pennant (75/1).

After shipping the majority of its high-priced talent north to Toronto, Miami finds itself at the bottom of the NL list, alongside the Chicago Cubs and Colorado Rockies at 50/1. Each of those sides, as well as Minnesota and the New York Mets, is considered 100/1 to win the World Series.

All odds supplied by Bovada.