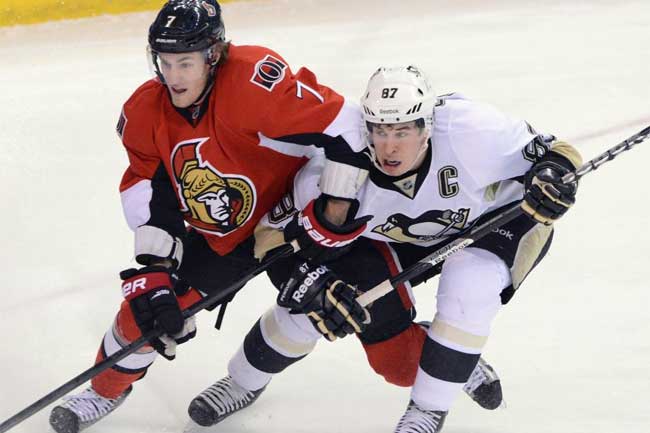 To get your week started with a bang, Casino Review has picked out three gems on Monday’s NHL schedule for you to digest before laying down some cash.

Here’s the shocker: Chicago’s game against Edmonton doesn’t intrigue us tonight. We think Chicago will continue its history-making run of points-scoring against the lowly Oilers. Forget that game, we’ve got three that are bound to be barn-burners with upset potential galore.

We start with a Philadelphia side looking to edge up into the playoff hunt.

With three wins in four games, Philadelphia (9-10-1, 5-2-1 home) has inched towards the playoff berths in the Eastern Conference. Entering play on Monday, the Flyers are tied with eighth-place Tampa Bay on 19 points. A win over the Leafs, or even a tie, will be enough to move above.

Toronto (11-8-0, 7-4-0 road) meanwhile unexpectedly has the seventh spot, but recent form has betrayed the team. Having won six of seven, Toronto has dropped two from three since. With the race in the East poised to be a tight one this year, the Leafs can’t afford to lose any more.

Both sides took to the ice on Saturday, with Philadelphia picking up a 5-3 home win against Winnipeg while Toronto fell 3-2 on the road in Ottawa.

This Season: Toronto defeated Philadelphia 5-2 at home on Feb. 11.

Both the Canadiens and Senators are looking good of late. Montreal (12-4-2, 4-1-1 road) has won six of the last seven games, with that one loss coming in overtime. The side has won three straight on the road. Michael Therrien’s side has risen to the top of the Eastern Conference in the process.

Last Season: Montreal won the season series 4-2 with both losses coming after regulation. The Canadiens went 2-1 when playing in Ottawa.

Take: OTTAWA – The Canadiens may be favored but the Senators have been impressive at home this season. Take Ottawa to score the upset win. Both teams trend towards the under and Ottawa hasn’t seen more than five goals in a game in five straight. The under is the smart bet here then.

With 11 of the first 15 games on the road, Los Angeles (8-6-2, 3-1-1 home) could have asked for a better start. The Kings scored a 4-1 win over Colorado on Saturday though, beginning a streak of seven of eight games at home positively.

With three straight wins and five from the last six, the Kings are starting to look a bit more like the side that won the Stanley Cup last season. They’re also just one point out of the playoff berths.

Anaheim (13-2-1, 7-1-1 road) has started the season hot. Winners of 13 games – including six straight and 10 of the last 11 – the Ducks would be the talk of the league were it not for Chicago’s extraordinary run of form. Not that you’ll hear the side complaining.

Anaheim is all about getting the job done, and the side need only look back to early February to see how beating the Kings can be achieved.

This Season: Anaheim defeated Los Angeles 7-4 at home on Feb. 2.

Last Season: Los Angeles took five of six games against the Ducks last season, including a pair of shootout wins. The Kings won all three games at the Honda Center.

Take: ANAHEIM – While the Kings are returning to form, the Ducks continue to steamroll on. Look for Anaheim to take it to the Kings and score the win. The Ducks are the third leading scorers in the league (3.3 goals per game) but have only seen the total go over in four games this year. Meanwhile, Los Angeles has also favored the under, so take the under in this one.