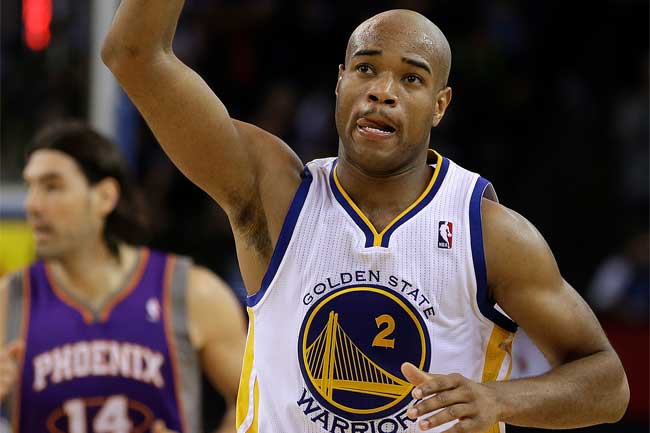 With a 10-game NBA slate to choose from, bettors will have plenty of action laid out in front of them on Wednesday night.

Here at Casino Review we’ve filtered through those games and picked out three that should be well worth the watch, starting with what could be a shootout at Madison Square Garden.

New York (33-20, 20-8 home) will take to the court on Wednesday night knowing that a win is essential. Not only have the Knicks been passed by Indiana for the No. 2 playoff berth, the Manhattan side has also lost five of the last seven. Mike Woodson’s side will be hoping Sunday’s 99-93 win over Philadelphia is the start of a positive run.

New York isn’t the only side that needs to win either. Golden State (33-24, 15-17 road) fell to Indiana in a grueling encounter on Tuesday night, snapping a three game winning streak. The Warriors are 3-7 over the last 10, and have fallen further behind the likes of Denver and Memphis. If Mark Jackson’s side doesn’t pick things up, those playoff chances could start to slip.

The Warriors enter Madison Square Garden with a 15-6 record against Eastern Conference opponents this season. That’s certainly something for the Knicks to be worried about.

This Season: This is the first meeting between the sides this season. They’ll tangle again in Oakland on Mar.11.

Last Season: Despite a horrible season last year, the Warriors did manage to beat the Knicks in Madison Square Garden in the only game between the sides. The final score was 92-78.

Take: NEW YORK – With plenty of time to rest after Sunday’s home win over Philadelphia, New York has a huge advantage over the Warriors, who played just 24-hours earlier. However, Golden State (29-26-2 ATS) has fared better against the spread than New York (26-27-0 ATS), so take the Warriors to cover the 8½ points. Take the total to go over, a trend both teams have favored this season.

With the Lakers still in the rearview mirror, Houston (31-27, 19-8 home) will be looking to gain ground over their star-studded Hollywood counterparts. A 105-103 loss in Washington on Saturday was not the type of result Kevin McHale and Co. was looking for. The side will hope to do better against the Bucks on Wednesday.

Losers of nine of the last 12, Milwaukee (27-28, 13-14 road) knows exactly how the Rockets feel. The slumping Bucks – currently holding onto the No. 8 berth in the East – are making plenty of cautious glances over the shoulder at a Toronto side on the rise. A 95-90 win in Dallas on Tuesday was the perfect way to start this tough Texas back-to-back.

Houston enters the game with some distinctive advantages. Not only are the Rockets very good at home, they’ve also compiled an 18-7 record against Eastern Conference opposition this season. Miami is the only team from the East to win at Toyota Center this season.

Last Season: Milwaukee defeated Houston 105-99 at the Toyota Center in the only game between the sides last year.

Take: HOUSTON – As patchy as the Rockets have been at times this season, the side is a far better choice than a Milwaukee side that has been deadweight of late. Add to that Houston’s fantastic home record against the East and you have a team ready to win. Take Houston (32-25-1 ATS) to cover the spread also. Although Houston (32-26-0) favors the over this season, take the total to go under as the Bucks struggle to score.

If, and we reiterate if, the Lakers do manage to put together a run, it might not be Houston that has to worry. Currently just one game in the loss column ahead of the Rockets, Utah (31-26, 21-7 home) could well be dragged into a fight for the final playoff berth. Two straight losses, including a 110-107 overtime loss to Boston on Monday, certainly haven’t helped the cause.

Atlanta (32-23, 14-13 road) meanwhile currently sits fifth in a tight-as-you-like Eastern Conference (at least from No. 2 downwards). A win over the Jazz on Wednesday could see the Hawks overtake the idle Nets into fourth.

The Hawks have won three straight and six of eight all told. More importantly, the side has won four straight on the road. Utah has won six of the last eight, and is 7-2 at home against Eastern Conference opponents this season. Only Chicago and Boston (this past Monday) have had success EnergySolutions Arena.

Last Season: The sides met just once in last season’s lockout-shortened campaign. The Hawks took a 139-133 victory at home, but it took four overtime periods to separate the two teams.

Take: UTAH – This is a close call but expect the Jazz to rebound from Monday’s loss and start turning that home court into a fortress again. Take the Jazz (17-11-0 ATS home) to cover with the total going over.