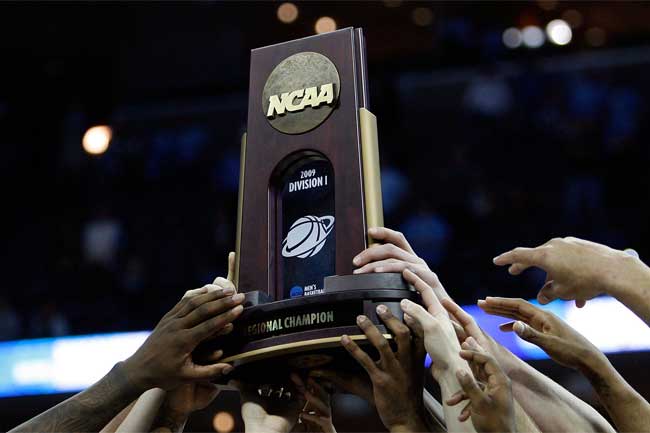 Penn State scored an unlikely upset victory over #4 Michigan Wednesday night, marking the second time in as many nights a team ranked inside the top four was defeated.

Michigan’s 84-78 loss came one night after #1 Indiana fell to Minnesota by a score of 77-73. Last week’s second ranked side, Miami (FL) also lost to Wake Forest at the weekend.

The Wolverines were not the only ranked side to be upset on Wednesday night. Over in the Pac-12, USC upset #11 Arizona 89-78, a defeat that will likely see an already sliding Wildcats side slide even further.

On Tuesday night, #8 Florida and #19 Memphis lost to Tennessee and Xavier respectively.

Such upsets have certainly become a part of the landscape in college basketball over the last four months.

So far this season, there have been 573 games in which a team ranked in the AP top 25 has faced an unranked opponent.

Of those 573 games, 103 have ended with the unranked team scoring the upset victory. That equates to 18 percent of the time.

Whilst 18 percent might not seem like a lot, consider that raw figure again. 103 unranked sides have knocked-off ranked teams. That’s quite an astounding number, especially when you look at it more closely.

For the record, the side ranked #19 has lost on nine occasions, the most of any position in the top 25. The current #19 Memphis was one of those teams, losing to Xavier on Tuesday.

The team ranked #13 has lost to an unranked side just once this season, which is good news for current #13 Kansas State.

The ranked teams that have struggled most against unranked opposition are Arizona, Creighton and Notre Dame, all of which have lost five games.

Creighton has fallen out of the AP rankings because of those losses, while Arizona has slipped from its highest perch at #3 down to #11 as a result. Meanwhile, Notre Dame has been in and out of the AP poll, which is more a testament to how tough the Big East is this season.

It’s worth pointing out at this point that #1 Indiana has lost four times this season to unranked opposition, and three times when ranked #1, including this past Tuesday.

The schools that have fared best against AP top 25 teams when unranked are Saint Louis and Wisconsin, both of which have scored four wins. Both have forced their way into the current standings as a result, and both have a shot at winning their conference.

This ‘Season of Upsets’ doesn’t end with unranked sides either.

So far this season there have been 59 games between schools both ranked in the AP top 25. While you might expect the higher seed to win the vast majority of the time, this certainly hasn’t been the case this season.

Let’s put this into perspective. Two alternate results in favor of the lower ranked school and you’d be as close to 50/50 as you could get. That means the lower ranked team has almost an equal chance of winning as the higher ranked side.

So what does all this mean going forward?

Although the rankings will alter this Monday, for the sake of argument let’s say things stay roughly the same in terms of the AP poll. That would mean we have a further 54 games left on the schedule that feature a ranked side against an unranked opponent and 10 games between two ranked schools.

If we apply our findings above to this schedule, we can expect approximately 10 of those 54 games to go to the unranked side. That means we could well see some more high-profiles losses over the next ten days.

In addition, five of those 10 games between ranked schools would go to the lower ranked side, which means we could be seeing a lot of movement in some of those conference standings (Big East, we’re looking at you).

Whilst some prognostications are far from scientific, the way this season has panned out so far, we certainly wouldn’t put money against there being (more than) one more twist in the tale.

With Duke hosting Miami at the weekend, the Big East compacted with contenders, and the Big Ten seemingly wishing to add more and more damage to itself, these next ten days are going to be unmissable.