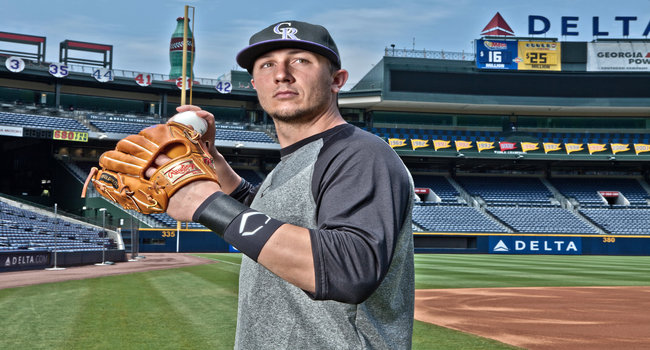 Despite the fact that both the National Hockey League and the National Basketball Association both play very long regular seasons, even they can’t compare with the marathon that is Major League Baseball. The 162 games played by the big-leaguers is a long, grueling amount of baseball that starts cold, gets hot and then ends when the frost on the pumpkins starts becoming a norm.

If you’re thinking of putting some money down on teams that a month ago you would have said “no way” too then let’s take a look. If you already laid money on teams that are struggling, there’s still time, but I would start worrying a bit.

Who am I buying and who am I selling?

Colorado Rockies – Colorado ranks first in batting average and first in slugging percentage. They also rank 2nd in runs scored and 2nd in fielding percentage. The Rockies have played nine games at home and nine games away. This shows they aren’t just taking advantage of the mile high air in Denver because they are above .500 on the road too. The only issue long-term is pitching where starter Jhoulys Chacin is now on the 15-dauy DL.

With the Dodgers and D-Backs middling around .500 only the Giants are a legitimate threat right now. That will change over the long haul, but with the current offensive pace I have to like the Rockies chances. Verdict: Buying.

Boston Red Sox – Let’s be real here, not many people thought much of the Red Sox heading into the season. Many experts had the Sox and Yanks at the bottom of the division thinking injuries and Father Time would have caught up to them. Yet here is Boston sitting atop the American League East.

Clay Bucholz and Jon Lester have been really good on the hill through the first month of the season and the team is actually playing better on the road then they are in Fenway Park. While I think they’ll need to improve their 15th overall ranking in slugging percentage, I like them to keep things going for the duration if the health stays up. Manager John Farrell has made a big difference. Verdict: Buying

Fielder is doing his part but the Tigers’ bullpen needs help.

Detroit Tigers – At 9-9 and coming off a sweep at the hands of a previously struggling Anaheim Angels team, there is cause for concern in Motown. Obviously the offense is not typically a problem as they rank 4th in the majors in batting average but their 22nd ranking in slugging percentage is cause for concern.

Prince Fielder is doing his share, but Victor Martinez is struggling and that needs to change. The most pressing issue for Detroit is their bullpen which has already blown several games. With no closer and a shaky middle relief section I’m suddenly not so confident in this team. Only thing saving them is a weak division. Verdict: Selling (for now)

Los Angeles Dodgers – At 8-10 the heavy favorites in the National League West are struggling in large part due to injuries to pitchers Zack Greinke and Clayton Kershaw. Now Chad Billingsley is on the DL with elbow issues.

If pitching were the only problem they might survive, but their offense is lacking now too. They currently rank 27th in slugging percentage and 29th in runs scored.  Teams with the payroll of Los Angeles should usually overcome these injuries but not even they are exempt. Verdict: Selling