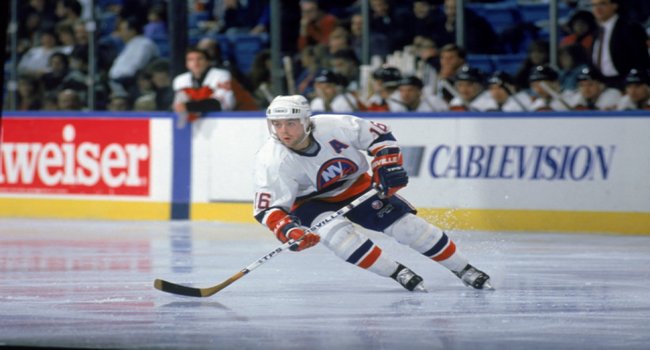 There are certain times and certain events we can’t help but recall from our vivid world of sports. Often, these are games or moments that aren’t really supposed to be anything epic at all but then they somehow twist and turn into truly classic moments. The National Hockey League ends its’ abbreviated regular season today with a couple of teams still vying for playoff positioning. What follows over the next two months is arguably (not in my mind) the greatest playoffs in professional sports.

I recall one spring break when I was in high school and the NHL Playoffs were in full swing. I wasn’t the biggest hockey fan in the world but I enjoyed the game and had played a lot of it on the pond behind my house every winter. I turned on ESPN to find game seven of the New York Islanders-Washington Capitals series.

Before I knew it, I was watching one of the greatest games in playoff history. In what would become known as the ‘Easter Epic,’the Isles and Capitals stretched into the wee hours of Easter Sunday before New York’s Pat LaFontaine whirled around and got the puck past Washington goalie Bob Mason for the 3-2 win.

This was after more than 68 minutes of overtime.

I recall as I sat on the end of a hotel bed watching thinking this was one of the most intense things I’d ever seen. I had no dog in the fight as I rooted for a team in the other conference so to me, this was just enjoyable. With every puck drop into the zone there was the anticipation of a series’ clinching goal but minute after minute and shot by shot, the intensity grew.

I would experience this feeling many times afterward as I really fell in love with playoff hockey and to this day I still love it regardless of who is playing. After tonight, the NHL Playoffs will begin and the beards will be long and the series’ even longer in some cases. If you aren’t a hockey fan, you don’t have to be to get the rush of what playoff hockey is all about. It’s the ultimate feeling in sports where you are like a car doing 90 miles per hour down an open freeway and then bam! You hit the sudden and complete stop as a player scores a winning goal in overtime.

It really does end that fast so don’t miss it or at the very least, give it a chance. It’ll be worth it.

Pittsburgh Penguins – The Pens have pretty much been a team to beat all year with two very sound goaltenders and the best player on ice in Sidney Crosby. Even with Sid down for the last month with the broken jaw, Pittsburgh really hasn’t missed a step and now he’ll return for the playoffs making them the clear favorite.

Chicago Blackhawks – Most folks only recall the ‘Hawks for their amazing start to the season and with good reason but this is also the top team in the Western Conference and and they will have every opportunity to hook up with the Pens in what could be an epic Finals.

Anaheim Ducks – Despite being just 5-4-1 over their last ten, the Ducks are a formidable opponent to challenge Chicago in the West. They have one of the top road records in the NHL which will be huge in their opening series against Detroit who always plays well at home.

Montreal Canadiens – Although just 4-6 in their last ten, they did finish the season by winning two-straight. Their biggest issue is the Penguins who they struggled with this season. If the Habs want to get to the Cup Finals they will have got through Pittsburgh.