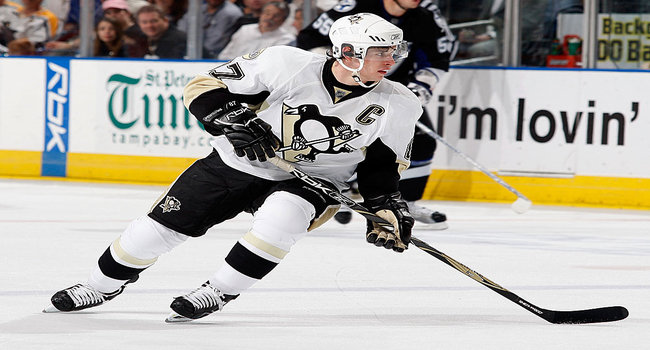 The abbreviated National Hockey League season is a thing of the past and now is the time for the greatest playoff in professional sports. Mainstream thinking is that these playoffs are just going through the motions because Pittsburgh and Chicago are heading to the Stanley Cup Finals and there is no way around it.

While I see no way the Penguins get knocked off in the Eastern Conference whether Sidney Crosby returns anytime soon or not, I don’t think the path is as clear in the Western Conference. Let’s dig in!

8 New York Islanders at 1 Pittsburgh – The Pens are overwhelming favorites to win the Stanley Cup at odds of 7/2. The Isles are a much improved team that can point to a productive future because this Pittsburgh team has been just too good all year long even without Crosby over the last month. Take the Penguins in five games.

7 Ottawa at 2 Montreal – The Senators are pleased to be in the playoffs because when superstar Erik Karlsson went down with that severed Achilles’ the playoffs seemed out of reach. The Canadiens are fourth in the NHL in scoring and the loss of Karlsson will be felt on the blue line. Take the Habs in five games.

6 NY Rangers at 3 Washington – I would have to say the Rangers just never seemed to click this season and I don’t think the playoffs are the time to start. With that said, they could take advantage of a poor penalty kill by the Caps. The kicker is that the Capitals have the best power play in hockey. Special teams are the difference and I’ll take the Caps in seven.

5 Toronto at 4 Boston – The Northeast Division rivals hook up in what should be a classic series. Both have similar home and away records so there is no edge there. Both teams are in the top five in penalty kills but the Leafs are significantly better on the power play. I like Toronto in another seven game series.

8 Minnesota at 1 Chicago – This really is a lop-sided series on paper and should be as well on the ice. The Blackhawks are superior on both ends of the ice ranking in the top three in both goals scored and goals against. The Wild have enough firepower to steal a game but that’s it. I like Chicago in five games.

7 Detroit at 2 Anaheim – The Red Wings won the season series 2-1 and both of those wins were in California. The biggest issue facing them thought is a lack of scoring. I look for the Ducks to try and get early leads to force Detroit out of its’ gameplan but the Wings have essentially been in the playoffs for the last three weeks trying to qualify. My upset pick here is the Wings in six games.

6 San Jose at 3 Vancouver – The Sharks actually started the season pretty hot but were soon over-shadowed by the Ducks out west. Their biggest issue is a lack of scoring as they rank 24th in the league. Vancouver plays pretty solid defense and scores much easier as well. I like the Canucks in six games.

5 Los Angeles at 4 St. Louis – The defending Stanley Cup Champs open defense of their title in St. Louis where the Blues are steady if anything. Steady actually describes the Kings quite well too as they are tenth in goals per game, penalty kills and power plays. This is exactly why I see a very balanced series that I see going seven tough games. Take the Kings to win the series.