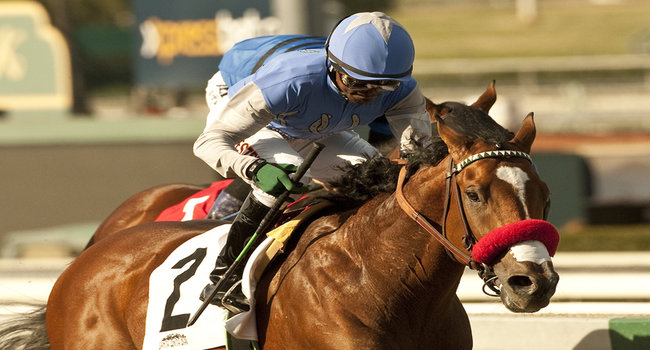 Spring for much of the United States has been very slow in coming as snow as blanketed parts of the Midwest and East well into April but things seem to be changing. With a nice breath of warm air and the Kentucky Derby just days away, the blue skies and regular warm temps cannot be far behind.

This will be the 139th “Run for the Roses” and it has no shortage of storylines as if it ever does. Much of the most interesting news heading into the Derby surrounds a thoroughbred named Goldencents which belongs to an ownership group that includes Louisville Basketball Coach Rick Pitino.

Goldencents won last month’s Santa Anita Derby which has been considered the stepping stone for Kentucky Derby horses and favorites for many years. Being that it is on the West Coast and just a month before the triple crown begins, winning the Santa Anita Derby carries huge ramifications and expectations going forward.

The win in California was the fourth in six races for Goldencents but the kicker is that only four of the last ten Kentucky Derby winners have won their final prep race before running at Churchill Downs.

Since the Santa Anita started in 1935, only seven winners of this event have gone on to win the Kentucky Derby so Goldencents has his work cut out for him.

The other key storyline involving this horse is the jockey. Kevin Krigger hails from the US Virgin Islands and could be the first African-American since 1902 to win the greatest prize in horse racing. Perhaps even more incredible is the fact that he’ll be just the second African-American to even ride in the Derby since 1921.

At 29 years old, Krigger will be facing a tough field and his first time ever on the hallowed grounds of Churchill Downs. This is one of the two major factors concerning me and you, should you want to wager on Goldencents. 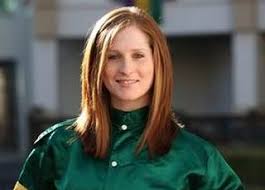 Napravnik could make history with a win in the Kentucky Derby.

The other issue deals with the horse himself and the question of just how far is he willing to run? At a mile and a quarter, this will be a test for the thoroughbred who has yet to run this distance yet seems to have the will and ability to do it. Do you have the will to wager on this horse is the question? Right now I have a hard time betting against anything involving Rick Pitino.

Kentucky Derby Notes: Kevin Krigger isn’t the only social story taking place this year. Rosie Napravnik will be aboard Mylute and will be shooting to become the first woman ever to win the Derby. She already holds the best finish by a woman with a ninth place finish in 2011… Current odds have Verrazanno and Orb going off at 4/1 while Goldencents is listed at 11/2… Last year of course was the great run by I’ll Have Another who stormed from behind in both the Kentucky Derby and the Preakness to take the first two legs of the Triple Crown. Speaking of the Preakness, make sure you  get over to www.preaknessstakesbetting.org for everything related to that race right after the Derby is over. As fate would have it, on Friday before the Belmont, he was shut down and retired due to tendinitis leaving Affirmed as the last Triple Crown winner in 1978… If you’re thinking of betting a filly, don’t. Only three have won the Derby and the last was Winning Colors in 1988. That string will go another year with no fillies in the field.