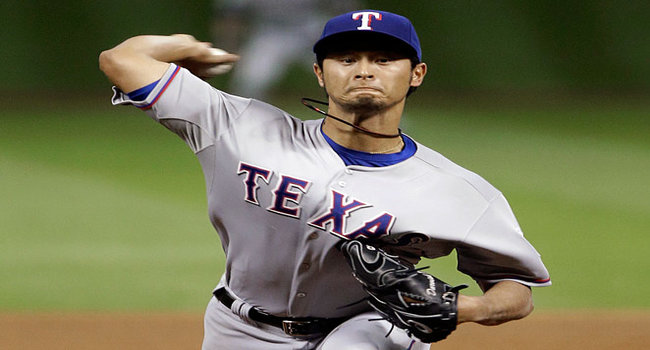 It’s often pushed to the back burner this time of year but Major League Baseball has five division races right now that are worth paying a ton of attention. With the National Basketball Association and the National Hockey League each deep into their playoffs, it’s often easy to forget that baseball is still going on.

With the excitement of opening day long over, baseball has started to find its’ groove in the 2013 season and we as fans are the beneficiaries of some really good stories and some tremendous races. Yes, it’s only May but if history tells us anything then these races look to be ready to go the distance.

Out in the American League West, the Texas Rangers have opened up a seven game lead over both Oakland and Seattle. Sitting eleven games back is one of the pre-season favorites in the Los Angeles Angels of Anaheim. This is the only race in Major League Baseball that sees a lead bigger than two games.

AL West Prediction: Go with the Rangers and don’t give it another thought.

In the AL East, you have to hand it to the New York Yankees who continue to overcome injury with good pitching and outstanding relief pitching behind the incredible Mariano Rivera who is 16 for 16 in save opportunities this year. Not bad for a guy over 40. Baltimore and Boston are both two games back while the Tampa Rays sit four and a half deep.

AL East Prediction: The way the Yanks are playing right now gives them more time to bring Derek Jeter back. This will ultimately come down to who is healthiest down the stretch. I’m actually going with the Orioles to claim the division.

The American League Central is shaping up to be a tremendous race and one that really was not expected. Heavily favored Detroit has three teams within three and half games and the White Sox are just five games out. The longer the Tigers allow the Indians, Royals and Twins to hang around the more doubt will creep in.

AL East Prediction: If the Tigers fail to make the playoffs it will be a tremendous failure. They have too much talent to not win this division but I just don’t see them running away because of their weak bullpen.

Over in the National League East, Atlanta has cooled off significantly since their hot start but still leads the Nationals by a game. To the surprise of many, the Phillies are hanging in there and sit just three and half games out of first. The New York Mets are six games out and are getting a great year on the hill from Matt Harvey, but the rest of the team is struggling.

NL East Prediction: I like the Braves, but I also like the pitching of Washington and I see them over-taking the Braves at some point. Do not count out the Phils just yet though.

The amazing St. Louis Cardinals lead the NL Central by two games over Cincinnati and three games over the Pittsburgh Pirates. The Cardinals always seem to be left for dead in the seasons following Albert Puljos’ departure, but here they are again behind great pitching and timely hitting. The Cubs and Brewers are sadly already planning for next year as they both sit nine games out of first.

NL Central Prediction: The Cardinals have such a nice mix of pitching and hitting that I have a hard time seeing them relinquish the lead, but Cincy will push them.

And finally in the NL West, the defending World Champion Giants lead Arizona by a half game and the Colorado Rockies by two. San Diego is four and half back and the Los Angeles Dodgers are five and a half deep. The surprise here has to be Colorado who most experts never saw coming. A tip of the cap to San Diego as well, but the Rockies have just not shown any signs of going away.

NL West Prediction: The Dodgers have Zack Grienke back now and he looked good in his return, but I still like the Giants to take the division.