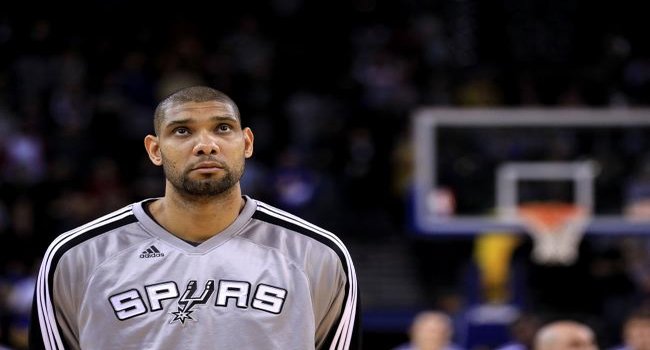 This past weekend’s National Association Basketball Playoff games delivered two very key messages from one team to the other. On Saturday, the San Antonio Spurs went into Memphis and beat the Grizzlies 104-93 in overtime to take a commanding three games to none lead heading into tonight’s tilt.

In Indianapolis yesterday, the expectation was much the same as it was in Memphis. With the series tied at one game apiece, the Pacers’ home-court was thought to be a massive advantage for the home team turned out to be anything but as Miami rolled to a 114-96 win to go up two games to one.

If you are sure what message is being sent by these two teams then let me put it out there for you. San Antonio and Miami are two veteran teams who have both “been there before” and clearly proved that in their respective wins. Both Memphis and Indiana are excellent ball clubs and in the Pacers’ case this series is far from over, but the standard has been set. Much like it took Michael Jordan’s Bulls several years to finally get to the NBA Finals, perhaps this is the same route both the Grizzlies and Pacers will have to take.

Bosh and Haslem were excellent in drawing out Roy Hibbert while knocking down outside shots.

Wrapping up the Heat’s win…. While LeBron James bounced back from his poor, final seconds’ performance in game two, it was really the play of Udonis Haslem and Chris Bosh that were the difference. They two big men combined to go eight of 11 from 15 feet or more which drew Roy Hibbert out from the paint. This was exactly the game plan I thought the Heat would deploy going into the series.

Throw in the fact that they had good performances from James and Dwyane Wade and a poor shooting day from Paul George and the recipe for the win was complete. The question now becomes has does Frank Vogel and his Pacers’ team rebound?

San Antonio at Memphis (Spurs lead 3-0) – San Antonio goes for the sweep tonight and enters as a three-point underdog on the road in the “Grindhouse.” Head Coach Gregg Popovich has been masterful all season in finding ways to rest his veteran players and that tactic seems to be paying off. Tim Duncan, Tony Parker and Manu Gonobili have all been very good in this series  and a lot of that has to do with the help they are getting from other guys.

Duncan looked as though he turned back the clock on Saturday as he looked down-right dominant at times. That dominance can be credited to the fact that the Spurs are getting realy good post-defense from Thiago Splitter, Kawhi Leonard and Matt Bonner. These guys have done a terrific job forcing Zach Randolph into poor shots and making close ones difficult when he takes them. That has allowed Duncan to do his thing on the offensive end.

The game-plan for Memphis is simple; they need to win. The only way this happens in my opinion is to let guard Mike Conley create by driving to the paint and distributing the basketball. This is of course easier said than done, but this is often the only way to get your big men consistently involved in the offense when you’re playing a veteran and tough defensive squad.

If Conley piles up assists tonight then that will go a long ways towards keeping this series alive versus packing up the lockers and wishing the Spurs well in the NBA Finals. Take the Griz to force a game five with an outright win tonight.