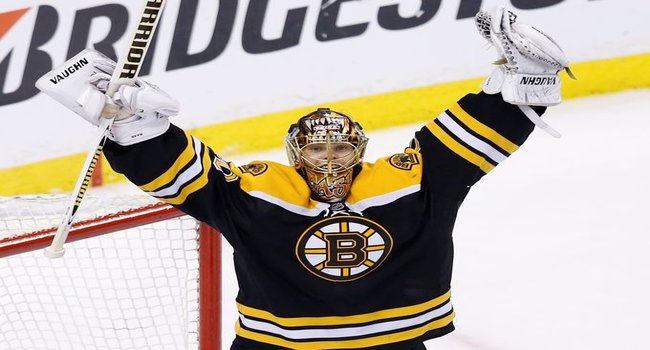 Every Saturday and Sunday I find myself often with many choices of what to write about. This dilemma often occurs the most at this time of year with so much going on with playoffs, baseball races and even horse racing. So I figured why not just cover them all? Here is your Saturday Smorgasboard of sporting events for today.

National Hockey League – The Boston Bruins defeating the Pittsburgh Penguins was not out of the realm of possibilities prior to the start of this series. How they defeated the Penguins is what is truly amazing when you think about it. The Bruins completed a shocking four-game sweep of the top-seeded Pens last night with a 1-0 win in Boston to advance to the Stanley Cup Finals.

If you had told me that Sidney Crosby, Evgeni Malkin and Jerome Iginla would be held without a single point in this series I would have said you’re crazier than Amanda Bynes. That’s exactly what happened though. Bruins’ goalie Tuukka Rask was beyond phenomenal allowing just two goals over four games. With Chicago up 3-1 in the Western Conference, the B’s can only hope that series ends soon. As hot as they are right now, time off just wouldn’t be good right now. For the record, I had the Pens in six. Ouch.

National Basketball Association – I’ll have a lot more to say on game two coming up tomorrow, but there are two really interesting trends facing off with each other going into tomorrow night. The Heat with James, Wade and Bosh have three prior times lost game one of a playoff series only to bounce back and sweep the next four. The Spurs meanwhile are 4-0 in the NBA Finals when they win game one of the series. In other words, something’s gotta give. 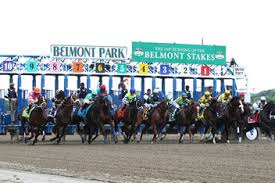 The Belmont Stakes are today and offer plenty of good action.

The Belmont Stakes – While the Triple Crown is out of the question once again this year heading into today’s Belmont Stakes in New York, there is still some great wagering action available for you. Kentucky Derby Winner Orb is listed at 3/1 while Preakness Winner Oxbow is listed 5/1. Revolutionary had a morning line of 9/2.

If you’re looking for a long shot today then I really like Midnight Taboo who is listed at 30/1. This Todd Pletcher-trained horse was sired by Thunder Gulch who has a Derby and Belmont victory to his resume. Although rather inexperienced with just three races, Taboo has a first and two second place finishes.

If you’re looking for my call on this one though I have hard time not seeing Orb and Oxbow finishing on the board although I’m not going to say who the winner will be.

Major League Baseball – A month ago, there was a legitimate race in all six divisions. Now? Not so much. In the NL East, the Atlanta Braves have stretched their lead to 6.5 games over Washington while in the NL Central, the Cardinals have opened up a four game flead over both Cincinnati and Pittsburgh. In the West, the Arizona Diamondbacks have a 2.5 game lead over Colorado but the last place Dodgers are just seven games out with a lot of ball to be played. If they can get their pitching right and keep riding rookie phenom Yasiel Puig’s clutch hitting, they could get right back in it.

In the American League East, Boston is back on top by two games over the Yankees, three over Baltimore and 3.5 over the Tampa Rays. I fully expect this division to go down to the wire. In the Central, the Tigers have finally grabbed a little breathing room with a 3.5 game lead over Cleveland and in the West, the red-hot Oakland A’s ha