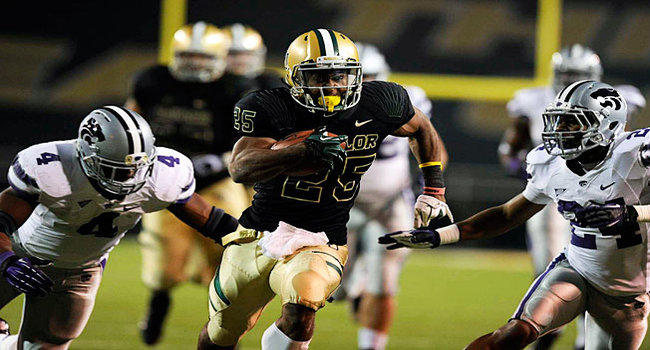 Because I cannot get past the fact that football is right around the corner I feel like I just have to comment on it these days. The National Basketball Association season is over and the National Hockey League season could very well come to an end tonight. That means we are left with baseball, Wimbledon and a few other fringe sport activities (don’t kill me for that soccer fans).

Earlier this week I broke down some reasons as to why or why not Johnny Manziel could repeat as the Heisman Trophy winner. There are of course other front-runners like Ohio State’s Braxton Miller and Alabama’s A.J. McCarron and T.J. Yeldon. I think now more than ever however we must take time to look at some guys who really aren’t on the radar right now and the reason I say that is because of last year.

Did any of you or any experts for that matter have a freshman quarterback by the name of Johnny Manziel among the top 10 potential Heisman winners last summer? If you are claiming “yes” then you are either a pathological liar or incredibly clairvoyant. But this is exactly why looking at some guys who are nowhere near the top of most oddsmakers lists is crucial and is a good reason for you to consider some wagering options on them. These are strictly guys I think could be in New York come December if things go right for them.

Lache Seastrunk, RB Baylor 20/1 – Why he’s there? Speed and dynamic ability are what this redshirt sophomore brings to the table in Baylor’s wide-open offense. He was the Big 12 newcomer of the year last season and if the Bears are in the conference title race, he’ll be a big reason why. Why he’s not? It took Robert Griffin III two seasons to truly generate the attention necessary to earn his Heisman and the Bears’ defense gave up almost 38 points per game last year. 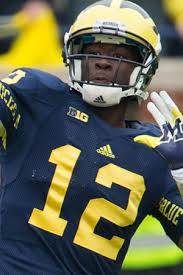 Gardner will force defenses to play the pass as well as the run in 2013.

Devin Gardner, QB Michigan 33/1 – Why he’s there? He’s more of a dual-threat than Denard Robinson because he throws very well and could rack up good numbers both in the air and on the ground. Why he’s not? If Michigan cannot improve on their 8-5 record from last year then it’s a moot point. They must be in contention for a BCS game in December.

Jeff Driskel, QB Florida 40/1 – Why he’s there? If Driskel can throw the ball better than last season and he can navigate a couple of tough games in the first half of the season I believe he’ll be there. Why he’s not? The Gators have six road games including Miami, LSU and South Carolina plus they have many key players from last year’s Sugar Bowl team off to the pros.

Ka’Deem Carey, RB Arizona 40/1 – Why he’s there? Because Rich Rodriguez’s offense is often overlooked as being ‘RB friendly.’ Carey can run and catch the ball well which will give him a ton of touches. Why he isn’t? The Wildcats will be breaking in a new QB and that often spells trouble especially early in the season.

Blake Bell, QB Oklahoma 40/1 – Why he’s there? Bell is not your typical OU QB. At 6’6″ and 240lbs he was used primarily in big formations and ran for 11 TDs on 60 carries last season. His ability to balance the Sooners’ offense could be huge. Why he isn’t? Let’s face it, the Sooners and Bob Stoops have under-achieved recently and can he adapt to more of a dual-threat type guy? Big games will dictate his chances.