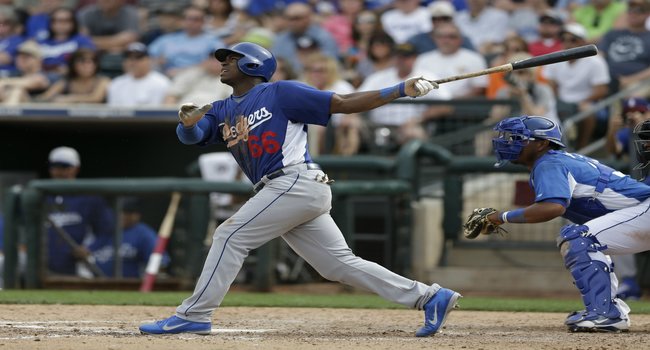 If any professional sports league is like a roller coaster it has to be Major League Baseball. America’s Pastime (arguable I know) starts with such excitement and promise for every team in the league in late March or early April and then goes through ups and downs that only the folks at Disney World or Six Flags could relate.

Baseball immediately shares time with college basketball’s Final Four and then gets some attention. Eventually the playoffs in both the NHL and NBA begin and baseball gets pushed to the back burner but before too long, the seasons end and baseball becomes the only game in town until NFL training camps open in late July.

If you’ve been sleep-walking your way through the baseball season because of your attention paid to hockey, hoops or horse racing, then I’m here to catch you up on what’s going on in the Majors.

The hot Blue Jays have made the AL East the tightest and best division in baseball.

Best Division – Without question the American League East is the most competitive top to bottom especially with Toronto on an eleven game winning streak heading into play last night. All five teams in the division are separated by five games with Boston on top of the Orioles by two games, the Yankees by 2.5, and the Jays and Rays by five.

I honestly don’t think you’ll see a lot of movement in this division through the summer and into September because each team has flaws that aren’t going to be cured by a trade or two at the deadline. New York could get a boost from Derek Jeter’s return but when that is is anyone’s guess. Despite losing three of four in Detroit, Boston may still be the team to beat in the East.

Worst Division – Coming in ahead of the AL Central is the National League East where only Atlanta is above the .500 mark as they lead second-place Washington by six games and Philadelphia by 7.5. The Braves don’t really do anything amazing but they pitch extremely well and seem to get big hits when they need them most.

The Nationals have to be the most disappointing team in baseball right now as they sit at 37-38 heading into last night’s action. I certainly don’t know everything going on there, but I would not be a bit surprised to see a significant change either in the clubhouse or on the field because there is too much talent for this team to be where it is.

Breakout Player so Far – Since joining the Dodgers 19 games ago, Yasiel Puig has set the Majors on fire. The 6’3″ 245lbs outfielder looks as athletic as any player I’ve seen come up in a long time and the results are validating that. Puig is hitting .425 with six home runs and 12 RBIs. His on-base percentage is also solid at .462.

Unexpected Cy Young Candidates – When you think the Detroit Tigers and pitching, you think of Justin Verlander but not this year. RHP Max Scherzer is 11-0 and has a WHIP of .91 for the Central-leading Tigers. While his 3.05 ERA is a little high, it’s actually below his career average of 3.76. Clay Buchholz of the Red Sox is a strong contender in the AL as well.

Over in the National League, 23-year old Patrick Corbin of the Arizona Diamondbacks is 9-0 with an ERA of 2.19 and a WHIP of 1.00. While Lance Lynn, Jordan Zimmerman and Adam Wainwright are all at the 10-win plateau, should Corbin continue his unbeaten season he;ll be hard to beat at awards’ time.