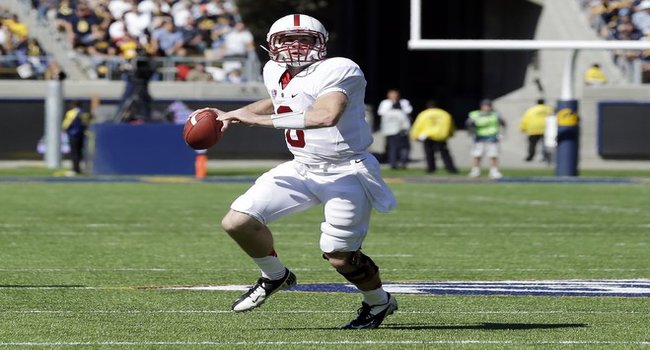 It may be Tuesday but it’s never too early to start looking ahead to the college football slate on Saturday. What this coming week brings is a lack of great match-ups compared to the last couple of weeks but it also brings some curious and potentially dangerous lines because of one-sided games.

Western Michigan (+19) at Iowa – Western Michigan enters at 0-3 while the Hawkeyes are 2-1. The records don’t really tell the whole story though. Western Michigan played valiantly in defeat at Michigan State where they easily covered. They then shot themselves in the foot at home in losing by three to Nicholls State but then went into Evanston and gave Northwestern a good battle before succumbing 38-17.

Iowa has lost to MAC Champion Northern Illinois 30-27 in Iowa City and has beaten Missouri State and Iowa State by 14 and 6 points respectively. I think Iowa wins the game but WMU plays good defense and has a few weapons on offense. 19 is just too high in my opinion.

Purdue at Wisconsin (-22.5) – The Badgers have to be stinging from that bizarre and unnecessary loss at Arizona State Saturday night. The Boilers can’t be feeling much better knowing they had Notre Dame on the ropes but let the Irish score three touchdowns in about four minutes to escape West Lafayette with a win.

This is really not a good Purdue team. They caught the Irish flat (see Michigan also being flat after the ND game) and still couldn’t take advantage. I’d be very intrigued by giving the points in a hostile Camp-Randall Stadium.

Michigan State at Notre Dame (-6) – Prior to last weekend’s game against Youngstown State, the Michigan State defense had outscored the MSU offense 28-13. The Spartans offense finally got going against the Penguins to the tune of 55 points but now they take their 3-0 record to South Bend where the Irish will pose the biggest offensive threat to the staunch MSU defense thus far.

Notre Dame is struggling a bit defensively but they seemed to right the ship a bit in the second half against Purdue. Tommy Rees needs to take care of the ball and Brian Kelly needs to settle on a running back rather than continue with the ‘running back by committee’ approach. I see a close game developing right now and I’d be very careful in taking the Irish.

Colorado State at Alabama (-36.5) – This isn’t about ‘if,’ it’s about ‘by how much?’ Alabama is not going to lose to Colorado State on Saturday but will they have a letdown from the big win at Texas A&M? To start with, maybe, but it won’t last long. Nick Saban won’t let his team lose focus with more big conference games down the road. Right now, I’m leaning towards taking the Tide to cover.

Arizona State at Stanford (-6) – Monster game out west that will have Pac-12 title implications. Arizona State benefited from the goofy ending to beat Wisconsin and Stanford wasn’t all that impressive early on against Army.

The one thing to watch for in this game is the run defense of the Sun Devils. They were burned pretty badly by the Badgers who rushed for 231 yards. For Stanford, they’ll need to pressure Taylor Kelly in order to slow down the nation’s eighth best passing attack. With USC already suffering a conference loss, this is a big game for ASU in the Pac-12 South.

Obviously Stanford has national title hopes and those could be helped by a strong win over the Sun Devils. I’m inclined to think the Cardinal will cover right now, but that ASU offense can keep them in games so be careful.