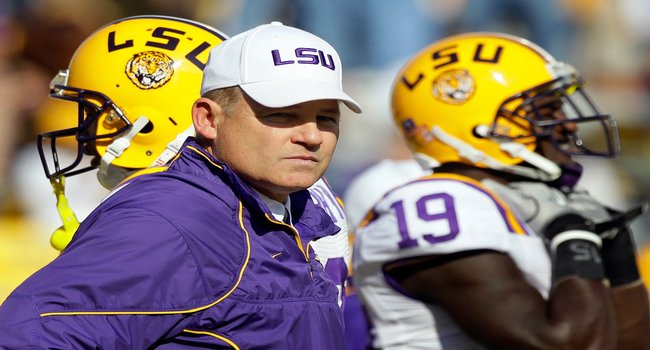 The fact that Michigan didn’t cover last week wasn’t a huge surprise, but the fact that they needed a late comeback against UConn left me wondering how good this Michigan team really is. No concern for me this week as the Wolverines are off. I’ve learned my lessons with them but I’m still looking for some good action. Here are some games I do feel good about though.

LSU (+3) at Georgia – Scoring hasn’t been a problem for the Tigers who are averaging 43 points per game. The offense under former NFL coordinator Cam Cameron has been much more balanced but still relies on Jeremy Hill and the running game. Defensively, the Tigers will face a future NFL quarterback in Aaron Murray who will test them more than they have seen yet this season.

Georgia is no slouch is the scoring department with an average 40 points per game and will rely much more heavily on the passing game than LSU will. For me the question will be whether the Dawgs can play enough defense to slow down the Tigers. I also give the Tigers an advantage on special teams. The Tigers are 9-1 straight up in their last ten road games so I love them getting three.

Wisconsin (+7) at Ohio State – The Badgers are one goofy ending away from being unbeaten right now as they enter the Horseshoe in Columbus. Ohio State is coming off a 76-0 win over Florida A&M and will also get QB Braxton Miller back but it isn’t like Kenny Guiton struggled in his place. Urban Meyer claims he has ‘co-starting’ QBs which in my mind isn’t a good thing. Pick one and going with him.

The question will be whether the Badgers can slow down the Buckeyes on offense and they’ll use their running game in an effort to do that. OSU will load up and force Badgers’ QB Joel Stave to beat them. Wisconsin is 1-5 against the spread when they visit Columbus and I think that trend continues. Take the Buckeyes to win by ten or more.

Oklahoma (-3.5) at Notre Dame – If Devin Gardner of Michigan could tear up the Irish secondary then what will Blake Bell and Oklahoma do? The Irish survived against Michigan State last week but the offense they will see in the Sooners will be much more explosive than anything the Spartans could show.

The thing with the Sooners though is they run the ball as well as they pass and they are giving up just nine points per game. Irish QB Tommy Rees has to take care of the ball and must get the Irish into the end zone rather than settle for field goals. OU will be looking for revenge after their loss to Notre Dame last year in Norman. I like the Sooners to cover.

Virginia (+5) at Pitt – The Cavaliers had an impressive win to open the season over BYU before getting destroyed at Oregon. They bounced back with a win over VMI but now they face an offense in Pitt that scored 58 points against Duke last week. The problem for the Panthers is that they gave up 55 points to the Blue Devils.

The Cavs are 4-12-1 in their last 13 games against the spread and while I think they will be able to score on Pitt, I have concerns that they might not be able to score enough. In what should be another ACC shootout, I like the Panthers to win by more than five on Saturday.