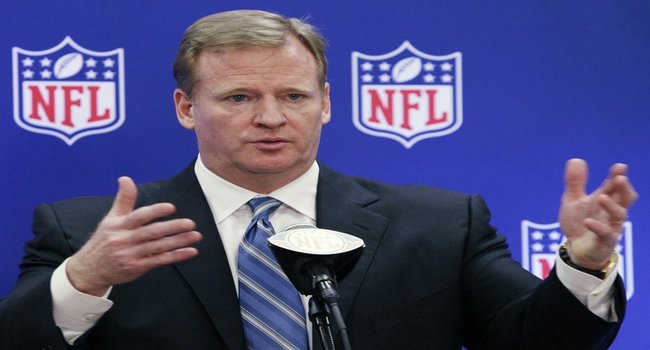 There are four commissioners of the four major professional sports in the United States and North America. If you polled fans across the country as to which of those commissioners is the least liked, you’d probably have a neck and neck and neck and neck race for the dubious title. The National Basketball Association is headed by David Stern and the National Hockey League is run by Gary Bettman. Major League Baseball has been under the watchful eye of Bud Selig since the 1990’s and the NFL is run by Roger Goodell.

The position of commissioner is not one of envy. In fact, it’s very difficult to make everyone happy so therefore the majority of fans end up hating those in these positions. While this poll might be close, I really believe the commissioner least like right now is Goodell.

This is a trend that has become more prominent in recent years because former NFL commissioners Pete Rozelle and Paul Tagliabue never faced the overwhelming criticism that Roger Goodell hears about daily. As much as I don’t like Goodell, I can’t put it all on him. He was the one selected by the owners of the 32 franchises and he continues to do their bidding today.

This week, the NFL plays it’s first of two regular season games in London, England. The stadium will be quite full despite the fact many Brits don’t have a clue the game is even going on. This is Goodell’s way of making the game more ‘global.’ The fact that he would love to see a franchise in Britain one day is not hidden by him one bit. These games are a test to see whether or not a team could in fact exist there.

This is the first step on Goodell’s hypocrisy parade. The remaining steps include stripping the game of big hits in the name of ‘safety,’ wanting to add more games, wanting to add playoff teams and continuing to limit the defense’s ability to actually play defense.

Goodell and the owners have recognized the popularity of fantasy football and its billion-dollar enterprise. Fantasy football relies on points mostly from offensive players. Therefore, increasing the offense’s ability to score more points by eliminating as much of a defensive presence as possible feeds both the fantasy football industry as well as his own.

Fantasy football doesn’t stop with just leagues run at nfl.com or espn.com either. The popularity of the hobby also is enticing to restaurant and bar owners who love bringing in groups to have their fantasy drafts. More drafts equals more money and then you invite those players back with 60″ televisions showing every game that’s currently being played.

While some people will be there to cheer on their favorite team, the majority of patrons will be their to follow their fantasy football players. The amount of money generated by fantasy football is in the billions and there is no way Roger Goodell and his owners were not going to have a slice of that pie.

The truth however is that Goodell and the owners are running the most powerful professional sport and pastime in America and even though there are millions who have already stopped watching the game because it has been butchered by rules, there are millions more watching to see how their players do.

Sadly, they are all on different teams.