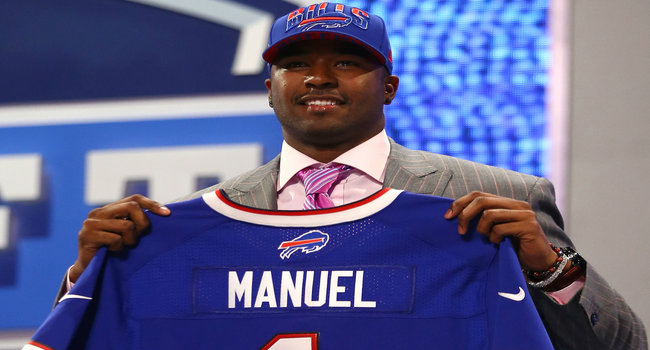 Tonight the football gods offer us three good college match-ups and the NFL brings us a surprisingly good game between the Browns and Bills. Take a look and see if you find these enticing.

Buffalo (+3) at Cleveland – Wasn’t it just a few weeks ago that the Cleveland Browns traded their best player in Trent Richardson? At the time, they were 0-2 and appeared to be stock-piling picks for the 2014 NFL Draft. All of the sudden, the Browns are 2-2 and went into Minnesota for a win and then beat Cincinnati in Cleveland behind third-string QB Brian Hoyer.

Buffalo is also 2-2 after knocking off Super Bowl champion Baltimore last week in Western New York. The Bills are riding the second best rushing attack in the league and an opportunistic defense that forces turnovers rather than cut down yards. The defense ranks near the bottom against the run and pass but when you’re getting turnovers it really doesn’t matter.

The Browns are completely opposite of the Bills as they are getting things done in the air and are in the top ten defensively against both the run and pass. Cleveland is 2-5 in their last seven games against the spread while the Bills are 1-4 in their last five road games ATS. Despite the Bills getting three points, I like the Browns behind their defense.

Texas (-8.5) at Iowa State – The Longhorns will once again be without quarterback David Ash who is out with an injury. At 2-2, Texas has to win games such as this one if they want to keep any BCS dreams alive tiny as they may be. The defense was a little better in last week’s win over K-State but it is going to be an issue all season.

The Cyclones surprised me last week by roughing up Tulsa by 17 points on their own field. I really expected that game to have been much closer. ISU has struggled to replace some really good talent on the offensive line and at linebacker but they seem to be making decent progress. The Horns enter at 1-4 in their last five road games against the spread while Iowa State is 1-7 in their last right games at Jack Trice Stadium. I expect this game to be played into the high twenties at minimum but I do like Texas to cover.

Western Kentucky (-7) at Louisiana Monroe – I have to admit I thought this spread would be significantly higher because ULM has been pretty bad defensively and not much better offensively. They’ve been embarrassed by Oklahoma, Baylor and Tulane with all three winning by at least 17 points or more.

WKU under Bobby Petrino is 3-2 on the year and has solid wins over Navy and in the opener against Kentucky. I wouldn’t call the offense ‘Petrino-like’ just yet but the Hilltoppers are getting there by running the ball first and foremost. The WarHawks are 1-6 in their last seven against the spread and I just see too much WKU in this one. Take them to cover.

UCLA (-6) at Utah – While their rivals across town make all sorts of news, the Bruins have quietly jumped out to a 3-0 record behind the nation’s third-best scoring offense. UCLA is averaging over 52 points per game in wins over Nevada, Nebraska and New Mexico State. They are doing it with a really nice balance of running and passing with each ranking in the top 15 in the country.

Utah enters off a huge win over rival BYU and stands just an overtime loss against Oregon State from being 4-0. Although not as potent, the Utes have also had great balance with their offense ranking in the top 30 in running and passing. If you are interested in a good number then look at the over which stands at 57.5. I would take the over and run in this game and I’m also going with the Bruins to cover.