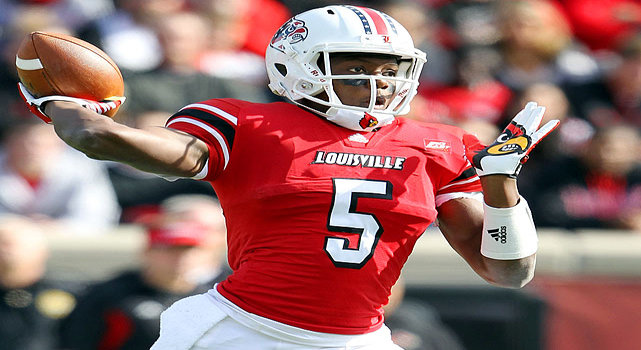 The 2013 College Football Bowl seaosn is in full swing and there are four big games on the slate today so let’s get to them!

Rutgers vs. Notre Dame (-14) – The New Era Pinstripe bowl features one team many think should be in the Big Ten and one who is headed there. Notre Dame and Rutgers meet in this one and you can expect a large Irish contingent in the Bronx. In fact, you’ll probably see more gold than you will scarlet despite the close proximity of Rutgers.

Rutgers finished just 6-6 on the season while Notre Dame had a respectable 8-4 consdering the change at quarterback and the loss of numerous players from last season’s BCS Title Game Team. The one area the Knights could find some success is running the ball. With Louis Nix III out for the season, the Irish run defense failed miserably in his absence and wasn’t much better when he was in there. Because of that issue I like the Knights and the 14 points.

Cincinnati (+3) vs. North Carolina – The Bearcats and Tar Heels meet in the Belk Bowl in a match-up of the AAC and the ACC. Don’t read that too fast or you could get confused as I did. I have to believe the over/under (57) is going to get the way of the over with both teams averaging over 32 points per game. Neither team plays great defense either so expect a shootout.

The oddsmakers like the Heels based on level of competition but I’m not biting here. I like Cincinnati and the three points.

Louisville (-4) vs. Miami – The Russell Athletic Bowl has been getting a decent amount of attention as speculation swirls around the futures of Teddy Bridgewater and Charlie Strong. For Bridgewater, he will announce after the game whether or not he has chosen to turn pro with most thinking he will head to the NFL.

Meanwhile, Strong has been considered a ‘strong’ candidate to replace Mack Brown at Texas. Whether or not that comes to fruition is a moot point right now because like Bridgewater, he is focusing on the Hurricanes at the moment. That isn’t the only drama in this one though because the Cardinals will be joining the ACC next year and will see the ‘Canes much more often. Oh, and don’t forget that Bridgewater orginially committed to Miami as well.

With so many things going on, they’ll still need to play a football game and without Duke Johnson at running back I think the Canes could be in trouble. Stephen Morris is a capable QB but he will force throws and commit turnovers. Miami is 1-6 against the spread in their last seven games while the Cards are just 2-6 ATS in their last eight. Take the Cards to cover tonight.

Michigan vs. Kansas State (-6) – These two teams from the midwest head west to the desert where the Buffalo Wild Wings Bowl awaits. Both teams enter at 7-5 on the season but had very different endings. K-State won five of their last six games while Michigan started 5-0 and then struggled down the stretch. Despite a heroic 42-41 loss to Ohio State, Michigan is still not where it wants to be in terms of bowl games.

Regardless, they will move forward without quarterback Devin Gardner who broke his foot in the loss to the Buckeyes. That means Michigan will start freshman Shane Morris who gets his first collegiate start in the bowl game. The Wildcats will actually use two quarterbacks, Jake Waters and Daniel Sams, and both will attempt to get the ball into the hands of play-making wideout Tyler Lockett.

I expect a valiant effort by Michigan but I fear the pressure will be too much for the freshman signal-caller. I like the Wildcats to cover.