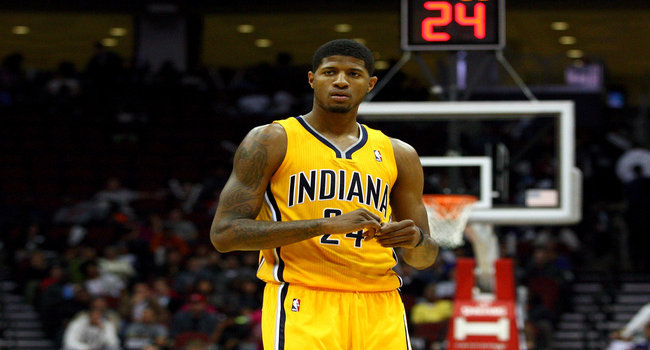 The National Basketball Association is on their All-Star Break down in New Orleans while the National Hockey League has suspended play so that many of its stars can participate in the Winter Olympic Games in Sochi.

You’re probably asking the question, “Why not go with some college basketball games?” That’s a really fair question except for the fact that the only game worth wagering is Arizona at Arizona State. If you’re dying to know my thoughts on that one read on.

Otherwise, for now you’re stuck with my picks for the winners of All-Star Weekend in the NBA.

This one features Coaches Grant Hill and Chris Webber coaching up the best first and second year players in the league. What you need to know is that like the actual All-Star game, little defense is played.

Defending Champ Damian Lillard returns as does DeMar DeRozan. Lillard will be teamed with rookie Trey Burke to comprise Team One of the Western Conference and Team Two is comprised of Goran Dragic and Reggie Jackson.

DeRozan is joined on Team One of the East by Giannis Antetokounmpo of Milwaukee while Team Two is Michael Carter-Williams and Victor Oladipo.

Lillard is the overwhelming favorite but I’m taking the rookie Trey Burke in this competition.

Kyrie Irving returns to defend his title from last season and has three other Eastern Conference competitors with him. Bradley Beal, Arron Afflalo and Joe Johnson throw their hats into the ring represent their conference.

In the West, 2012 champion Kevin Love looks to get back in the winner’s circle. He is joined by fellow Western Conference entrants Marco Belinelli, Stephen Curry and Damian Lillard.

Look for an Irving-Curry final with Curry pulling out the victory.

Your Eastern Conference dunkers are Paul George, Terrence Ross and John Wall while the three players from the Western Conference are Harrison Barnes, Damian Lillard and Ben McLemore.

I kind of feel guilty that I don’t have Lillard winning anything to this point because he’s the only player in every event and deserves huge props for that. I believe you are going to see some very athletic dunks from this crew but don’t expect LeBron-esque style off the wall dunks because the arena just doesn’t allow for that.

I really like Indiana’s Paul George to win the dunk contest this year.

And now for Arizona at Arizona State….

When these two in-state rivals met in mid-January, the Wildcats took the Sun Devils out behind the woodshed. Arizona beat ASU 91-68 and left little doubt as to who the better college basketball team was in the state of Arizona.

Since that loss, the Sun Devils have gone on to win five of six with their one loss being a six-point loss at Stanford. Arizona State scores the basketball very well, but the Wildcats play pretty good defense too.

This will not be the blowout the first meeting was but I do expect a very close Wildcats’ victory.