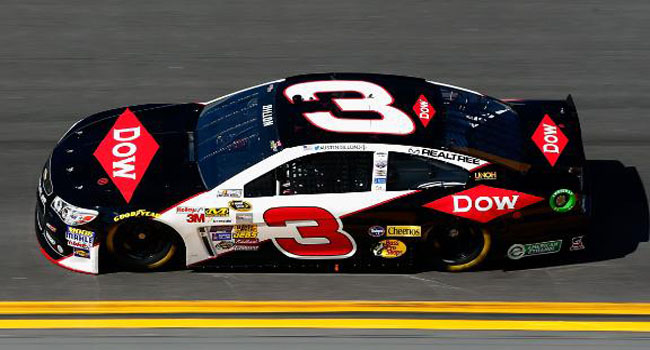 Unlike many sports, NASCAR kicks off its’ season with its’ biggest race. The Daytona 500 is far and away the ‘Super Bowl’ of stock car auto racing and later today it will be run for the 56th time.

In the years since Dale Earnhardt’s death, NASCAR has seen a slow decline in popularity. While there was a decent surge for a brief period of time, the fact remains that since the death of racing’s most popular and feared driver, NASCAR just hasn’t been the same.

It lacks rivalries and it lacks great personalities. Jeff Gordon was once the driver many fans loved to hate but his success has waned significantly and he is almost liked more because he hasn’t won consistently in several years. Dale Earnhardt, Jr is consistently the most popular driver on the Sprint Cup circuit yet he has not come close to reaching the success his father had. He has yet to win a championship to this point.

The most successful driver in NASCAR is Jimmie Johnson yet he isn’t exactly the type of personality that rallies new people to the sport. Drivers like Kevin Harvick and Tony Stewart are love-hate types of guys while the young up and coming guys have yet to really leave their mark.

NASCAR has decided to make changes to the chase at the end of the year in the hopes that the new format will create more drama and bring in more fans. These are the same reasons that they instituted a ‘chase’ for the cup in the first place. If you’ll remember, the Winston, now Sprint Cup was won by the driver who earned the most points over the length of the season.

Because there were scenarios that eliminated most chances of a dramatic ending in the final race, NASCAR felt they had to do something to make it more interesting. Thus the chase was born.

The good news for NASCAR heading into today’s 500 is that the sport is being discussed in a wide range of circles. Some of that discussion is positive while some of it is not.

I have to admit I was surprised that Dale Earnhardt, Jr. gave his blessing to bring back the number three car. His father’s number has not been driven since his fatal accident at Daytona in 2001. Rookie Austin Dillon was given the opportunity to drive the three-car and took immediate advantage by taking the pole position for today’s race.

The decision to bring back the three-car has not been popular as many Earnhardt fans see it as a slap in the face to the deceased champion. I concur with them as the number was supposed to have been retired.

Also in the news has been Richard Petty’s continued whining about Danica Patrick who he says will never win a race. As far as I know he might be right but he comes off as a cynical, pompous ass for constantly going after her. The 76-year old said he’d like to race her one-on-one and I would tune into to see that because I have no doubts he would lose.

Lastly is Denny Hamlin and his opportunity to make history today. Nine men before him have won the unlimited, one of the duel races but have been unable to win the 500. Should Hamlin pull it off today he would be the first in the history of the event.

Dale Earnhardt, Jr and Matt Kenseth will go off as 10/1 favorites today while Johnson, Hamlin, Harvick, Stewart and Kyle Busch go off at 12/1. Pole-sitter Dillon will take odds of 15/1 with him at the start. Keep an eye on Kenseth who had a great year in 2013.