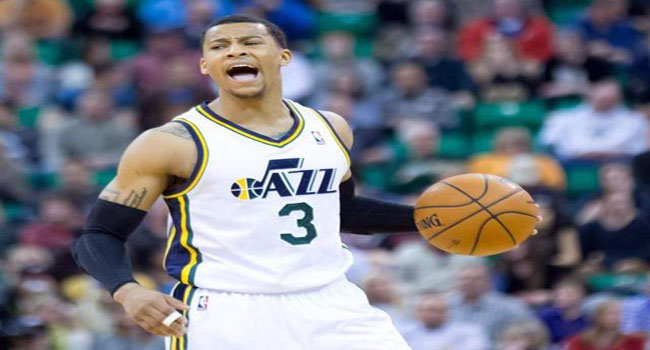 With 82 regular season games, the National Basketball Association is much more a marathon than a sprint but that doesn’t mean teams don’t have to kick it into high gear at times. With most teams having less than 30 games remaining, the marathon is now down to a few miles left and teams whose playoff fates are in limbo need to start kicking a little more.

Tonight I’m looking at a couple of such teams who need to put up or shut up the rest of the way.

Boston (+3) at Utah – The Celtics travel to Utah on a four-game losing streak and won just four of their last ten games overall. They currently sit eight games behind Charlotte, Atlanta and Brooklyn who are all tied for the final three spots in the Eastern Conference. The situation is not much better for the Jazz who have lost three straight games and have won just three of their last ten games.

Because the Western Conference is so much better than the East, Utah is an incredible 14 games behind the current eighth seed Dallas. This is certainly a match-up of two teams that will not be joining the post-season party but that doesn’t mean there aren’t things to work on for both squads. The Jazz are four games under .500 at home but the Celtics are just 8-21 on the road this year.

I really like Utah here despite giving three points.

LA Clippers (-5) at New Orleans – The Clippers take their 15-15 road record to the Deep South where the Pelicans are waiting. The Clippers are just 5-5 in their last ten games and need to start finding some more consistency in winning games. New Orleans has lost three in a row and is 4-6 over their last ten contests but considering their youth and injuries, they haven’t been quite as bad as first thought.

The Clippers are second in the league in scoring yet rank in the middle of the pack in scoring defense and that has often been their demise as it was in their recent loss to Oklahoma City where they gave up 125 points in the loss. New Orleans is just 19th overall in scoring so the Clippers should be able to take advantage of that.

I’m never crazy about giving points on the road but I think the Clippers do so with confidence. I’ll take them to cover down in the Big Easy.

Dallas (-3.5) at New York – If anyone can figure out the New York Knicks then consider yourself the only one. The Knicks have won just twice in their last ten games and continue to drop games they should be winning and play competitively in games they probably should be getting blown out in. They are currently 5.5 games out of the eighth playoff spot in the East which isn’t a death sentence.

The Eastern Conference is so bad that even the slightest of winning streaks can make a massive difference in the standings. For Dallas, the Mavs are just a half game out of the sixth seed but are just two games in front of Memphis for the eighth and final playoff spot.

The good news is that the Mavericks have won eight of their last ten and have won two straight. Further bad news for the Knicks is that they are brutal at home at 12-18 in Madison Square Garden while Dallas is one of the best road teams in the NBA with a record of 16-14 away from Big D.

I have little confidence that this is the time the Knicks will get into gear because they haven’t all season. This is another road team giving points but I like the Mavs giving the 3.5 in the Big Apple.