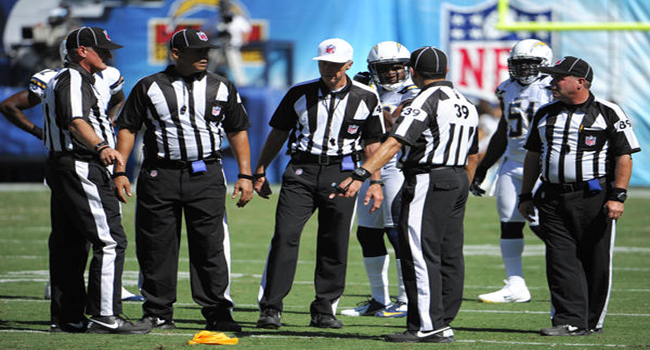 Sports have often been the catalyst for social change in this country dating back over 100 years. From Jim Thorpe to Jackie Robinson to Billie Jean King, sports have been a place where changes in our social mindset have originated.

The National Football League is going to enter into this realm of social change in part because it has to and in part because it wants too. You already know about Michael Sam who will eventually become the first openly gay player in the league.

Now the NFL wants to ban its’ players from using the ‘N-word’ on the field and in the locker room. In other words, it wants it banned from any of its’ professional settings.

The N-word is a bad word. Its’ meaning is rooted in hatred and racism and I choose not to use and also teach my children that it isn’t for them to use either. While I believe it has no place in any professional environment, I see things differently in the NFL and overall for two reasons.

First, the NFL is unlike any other profession but it shouldn’t be held to any different standard. Ryan Clark of the Pittsburgh Steelers and soon to be ESPN said the Rooney’s made a point to keep it out of their locker room. It worked for a while and then came back.

Secondly, I’m a strong believe in the right of the individual. If a person chooses to use the N-word whether I like it or not should not be my business. This leads me to bigger issues for the NFL though.

The vast majority of NFL players are black. Of those, the majority come from less than normal upbringings as children and young adults. Part of the culture that these men come from allows and tolerates use of the N-word.

While most use the word not in a derogatory sense, but one of friendship, the issue should be their own.

The NFL faces a larger problem however. While it goes after its’ employees using the N-word, one of it’s’ franchises continues to use a nickname that many find just as offensive as the N-word. The question has to be asked then… Why all the focus on the N-word yet none on the Washington Redskins?

In essence, Roger Goodell and the NFL are putting the cart before the horse. How can the league justify telling one group of people what they can or cannot say yet they take no action against a franchise that uses a word just as bad to Native Americans?

Former NFL official Mike Pereira tweeted yesterday than the NFL already has a rule that addresses inappropriate language on the field. He sees no reason to focus on the N-word specifically and suggests that officials actually enforce the rule as it is stated in the rule book yet they rarely do.

While I certainly hope that a day comes where the N-word will no longer be part of anyone’s vocabulary, I know that day isn’t coming soon. Asking many of these young men to stop using a term they’ve used and heard for most of their lives isn’t impossible but I think it misses the real point of the issue.

Besides, doesn’t the NFL have enough to be concerned about these days with their product both on and off the field?