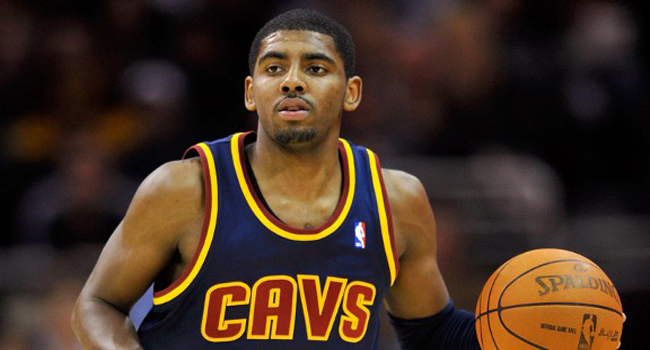 This is that point in the National Basketball Association season where seemingly anything can happen and when it does it often looks strange. Take into account the Cleveland Cavaliers who are suddenly in shouting distance of the playoff chase. Take the Dallas Mavericks who most left for dead this season. Marc Cuban has to be thrilled where his team is not to mention the retirement of David Stern.

Both of these teams and several more are on my slate for tonight’s picks in the NBA.

Utah (+3.5) at Cleveland – Break up the Cleveland Cavaliers!! Two nights after beating Oklahoma City by ten at their place, the Cavs return home for a very winnable game against the Utah Jazz. Don’t look now but Cleveland is only 4.5 games behind eighth seed Atlanta in the Eastern Conference.

Cleveland has won seven of ten but hosts a Jazz team that has won two in a row and has gone a respectable 5-5 over their last ten games. With rumors swirling about Kyrie Irving’s future in Cleveland, he went out poured in 30 against the Thunder. Utah is getting some points tonight but I like the hot Cavs to cover.

Memphis (+5.5) at Oklahoma City – The Grizzlies have climbed to within one half game of Western Conference eighth seed Phoenix and now they travel to Northwest Division leader Oklahoma City.

Memphis, who has won six of ten, might be catching the Thunder at the right time. OKC is just 5-5 in their last ten games and has lost three straight. In other words, they haven’t won since before the All-Star break.

At some point, the Thunder will break out especially with Russell Westbrook back in action but they have lost Kendrick Perkins to a groin injury. I like the Thunder tonight to win but I’m taking Memphis getting the 5.5.

Golden State (-5) at New York – The Warriors continue their tour of the East Coast with a trip to the world’s most famous arena Madison Square Garden. I expected the Warriors to play better than they did in a 20-point loss to Chicago Wednesday night and I think that will motivate them this evening.

It’s hard to really know where to begin with the New York Knicks considering the season they’ve had. They lost on a buzzer-beater to Dallas on Monday night and were in Miami last evening where they were blown out 108-82 by LeBron “Batman” James who scored 30.

Despite giving five points tonight I like Golden State to cover especially with the Knicks coming off a game last night in Florida.

Chicago (+4.5) at Dallas – The relentless Bulls have won eight of their last ten outings and have won two straight. They are trying to reel in the Toronto Raptors for the third seed in the Eastern Conference but Toronto has maintained their one game lead over the Bulls by winning three straight.

The Mavs have won four straight games and are solidifying their position in the Western Conference playoff race. They currently sit in sixth, but are three and a half games back of the fourth-seeded Clippers.

This game should be very entertaining considering how well these two teams are currently playing. The Bulls are two games below .500 on the road while the Mavericks have a very nice 19-9 record at home.

I like Chicago getting those 4.5 points tonight in Big D.