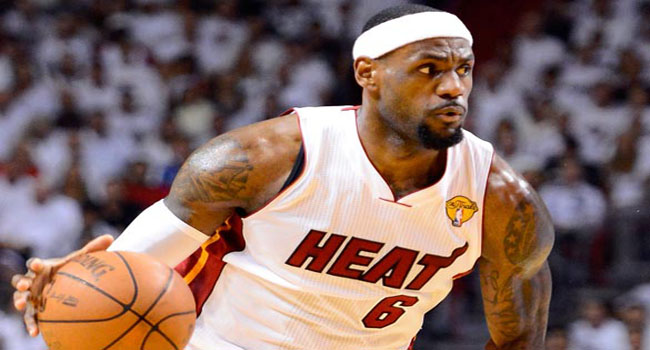 The National Basketball Association is nearing the end of its’ 2013-2014 regular season and although we’d love to see great match-ups that just isn’t the case tonight. That doesn’t mean of course that we can’t bet on the games though right? Let’s get to it!

Brooklyn at Miami – The Nets have qualified for the playoffs and with six games remaining look to be locked in to the fifth spot in the Eastern Conference Playoffs. They have a 2.5 game lead over current sixth seed Washington and they’re 3.5 games behind current fourth seed Chicago. Although Brooklyn can’t afford to look past potential first round playoff opponent Chicago, their likely second round foe would be the very Heat they play tonight.

Miami has taken advantage of the recent slide by Indiana to take over the top seed in the East. That said, the Heat still have one game remaining with the Pacers so the top seed isn’t guaranteed just yet. Miami has won seven of their last ten games while the Nets have done the exact same.

Houston (-11) at LA Lakers – The Rockets look pretty well locked into the fourth seed in the NBA’s Western Conference which means they’ll more than likely be facing the Portland Trail Blazers. Winners of two straight and seven of their last ten games, the Rockets have cooled a bit since their recent hot streak but they are still playing well.

On the other hand we have the train wreck that is the Los Angeles Lakers. They’ve lost four straight and seven of their last ten and have just a game lead over Utah in the “race” for the basement in the Western Conference. The once powerful Lakers are 10 games below .500 at home in Staples Center while the visiting Rockets are three games over .500 on the road.

The only question here is by how much the Rockets will win by. There’s also the question of how often Dwight Howard gets booed but that’s another story. When you have a team that is normally very good in serious trouble you take advantage of that and I believe the Rockets will. Take them to cover even giving the 11 points.

Dallas (-7.5) at Utah – From the above section, you already know the Utah Jazz are the worst team in the West but that doesn’t mean they won’t give some effort. For their part, Dallas has won four straight and six of ten and this current run couldn’t have come at a better time.

The Mavericks are one half game up on current eighth seed Phoenix and are one and a half games up on Memphis who is currently on the outside looking in. In what can only be a stroke of scheduling genius, the Mavs will host Phoenix and then finish the season in Memphis for their last two games. That makes games like tonight’s in Salt Lake City that much more important.

While I expect the young Jazz to play hard, I expect great effort from the Mavs as well who are fighting for their playoff lives. Take the Mavs to cover in this game.

Oklahoma City (-8) at Sacramento – With six games remaining, the Thunder trail the top seeded Spurs by 4.5 games so we can put that to bed. Oklahoma City would be better suited to pay attention to the team below them. The LA Clippers are just a game behind the Thunder for the second seed and wouldn’t you know it? The Thunder will travel to LA to take on the Clippers on Wednesday.

The lowly Kings have lost two in a row and six of their last ten games. With a record of 16-22 at home, Sacramento will be entertaining a very good road team in OKC. The Thunder are 23-14 away from home and I see them adding one to the win total tonight. Take the Thunder to cover in Sac-town.