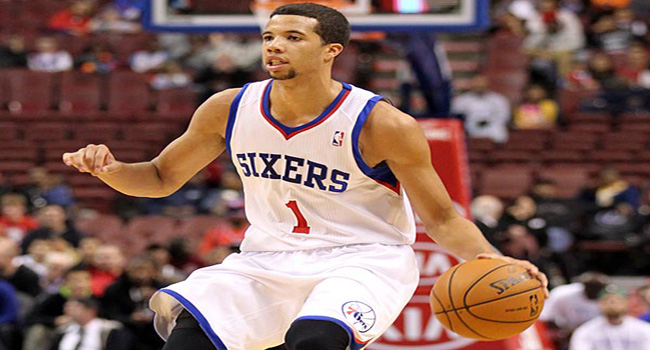 While the playoffs in the National Basketball Association get underway today, one team’s owner is already claiming his team’s 2013-2014 season a success. Yet, his team isn’t even in the playoffs and at one point this season lost 26 straight games.

Philadelphia 76ers’ owner Joshua Harris recently said his team’s season was successful and that “all the pieces are in place.” “I think the season has been a huge success for us,” Harris said Friday. While I and I’m sure many Sixers’ fans appreciate his optimistic view, this is a team that won just 19 games this past season.

Upon further review however, his wishful thinking may have some proof. The team will have two lottery picks, one via trade, and hopes to have Nerlens Noel at 100%. Michael Carter-Williams, despite the poor team record, could win rookie of the year honors. With these two guys and a couple of successful draft choices, who knows?

Maybe Harris will be the one with the last laugh but calling this past season a ‘success’ is still a bit of stretch.

Anyone who knows professional hockey knew that President’s Cup winner Boston was in for a serious seven-game series with Detroit. The Red Wings had beaten the Bruins three out of four times this year and they were getting healthier.

Last night in game one, the Wings came out flying and earned a 1-0 victory on a late Pavel Datsyuk goal to take a one game lead in the series. Boston goalie Tuuka Rask was sensational in keeping his team in the game with one great save after another, but Jimmy Howard was up to the task at the other end as well.

I had the Wings winning game one but I still like the Bruins to win this series in seven just simply because of experience and overall firepower but a Detroit upset will not surprise me nor anyone else. The Bruins must adjust to the speed if they are to even this series at one.

When Will Phil Pull the Trigger?

Another NBA team who finished far better than the 76ers did was the New York Knicks. The Knicks and their fans wouldn’t even dare of calling their season a success however. Now that Phil Jackson is aboard as the team’s President with what can only be described as ‘dictatorial powers,’ we should expect some things to start happening in NYC.

Most with any knowledge of the Knicks expect some moves to start happening as soon as this coming week. The first move of course will not be to deal with Carmelo Anthony, but will be to send Head Coach Mike Woodson on his way. Probably a cruel fate for a guy who had to deal with all kinds of on and off court situations, but it’s the right move.

While no one expects Jackson to return to the sidelines, he will make sure that whoever is in that role will run things as close to how he would do it as possible. Translation: Look for an offer to come Steve Kerr’s way and Kerr has already said that should it come he will accept.

As a former guard for Jackson during his time with the Bulls, Kerr knows the famous ‘triangle offense’ and also understands how to handle players both on and off the court. While he will not be mistaken for Jackson himself on the court, Kerr understands exactly what his mentor will expect from him.

Once Kerr is in place I would then think that free agent Carmelo Anthony would be next on Jackson’s ‘to-do’ list.