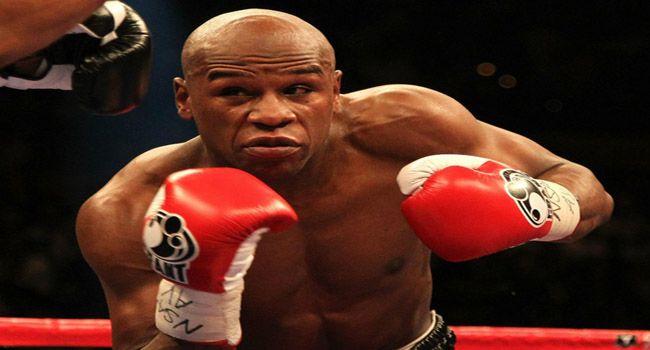 This is the time of year on the calendar when all four major professional sports are fighting for space on the sports’ page of your local fish wrap. The National Hockey League and National Basketball Association are in the midst of the playoffs while Major League Baseball now has a month under its’ belt.

Even the National Football League has found a way to stay relevant by moving its’ annual college player selection to the second weekend in May as opposed to the third or fourth weekend in April. A move decried by many, it has been yet another stroke of genius by the one league that can’t seem to do anything wrong despite one issue after another.

The four major team sports aren’t the only games in town right not however because there are other activities set to gear up later today.

Late this evening, 37-year old Floyd Mayweather, Jr will step into the ring for a re-unification bout against Marcos Maidana. Mayweather will earn about $32 million this evening win or lose with most expecting him to do the former. A win will take his record to 46-0 and questions will continue about how much longer he really wants to keep doing this.

Maidana enters with a record of 35-3 and of those wins, 31 are by knockout. The Argentinian is probably less of a boxer and more of a brawler which should work to Mayweather’s advantage. The Grand Rapids, Michigan native has always relied on tremendous speed and technique in out-dueling opponents.

Mayweather has faced many boxers who possess a bigger punch but none has been successful in catching him just right which is really what Maidana will have to do. Mayweather enters as a significant favorite and with good reason. I expect him to wear down Maidana and walk out with a unanimous decision.

Also on the Saturday Smorgasbord is the 140th running of the Kentucky Derby. Often called the “fastest two minutes in sports,” the Derby seems to have sneaked its’ way into our minds this year.

At the current time, 19 horses are vying for the roses and California Chrome appears to be an overwhelming favorite coming in. This West Coast horse won the Santa Anita Derby about a month ago without really even trying. It was his fourth straight win and in all four of those victories his challenges have been few.

Currently listed at 5/2, Chrome is almost too good to be true. He’s been quite dominant yet so far this week has looked uncomfortable on the track at Churchill Downs. That isn’t necessarily uncommon but his handlers would much rather prefer he was feeling better on the track.

At 8/1, Wicked Strong is Chrome’s nearest competitor. The aptly named thoroughbred from the Boston, Massachusetts area has won just two of his six starts but looked good in his most recent race. If you are looking for an interesting pick, look no further than Intense Holiday or Ride On Curlin. Each is currently listed at 15/1 but both have solid experience on board.

2010 Winner John Valazquez takes the mount for Intense Holiday while three-time champion Calvin Borel has the reins for Ride On Curlin.

Whatever the outcome today in the Run for the Roses, let’s hope that we have a horse that we can pay attention to throughout the month. There are very few things as exciting as a horse with a chance to win the Triple Crown and we could use a little does of that right now.