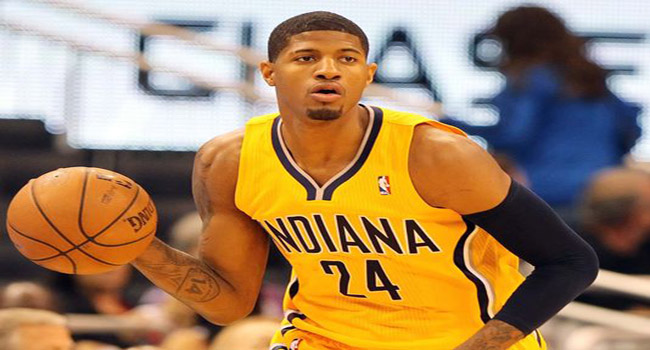 Allow me a moment to bask in the sunshine of a Pacers victory that I just couldn’t help but see coming. The last three months, the Indiana Pacers have looked like anything but a team that could defeat the two-time defending champion Miami Heat.

The Pacers struggled through the first and second round of the Eastern Conference Playoffs leaving very few people to think they would have a chance in the Eastern Conference Finals against the Heat. I chose to see this differently however because the Pacers have been better on the road in these playoffs than they have at home. That isn’t the only reason I like them though.

It’s been abundantly evident to me that the Pacers have been waiting for this moment to get another shot at Miami and now it’s here. They did not let the opportunity get away from them with a 107-96 win at home.

Both teams shot 51% on the day but the game was won and lost at the free throw line. Indiana made far more than the Heat even attempted going 29 for 37 while the Heat hit on just 10 of 15 free throws for 66%. What that tells us is that Indiana was clearly the aggressor in this game taking the ball to the hoop on numerous occasions.

This game by no means indicates the Heat are done but they now know what they need to do at both ends of the floor. Besides the fact they already knew Indiana would have a rebounding advantage, Miami still must address it. The Heat must get bodies on the bigger Pacers’ front court guys.

Look for Miami to bounce back in game two but it won’t happen unless they rebound and take more balls to the hoop more often.

My good fortune this weekend wasn’t relegated to just the NBA because I also liked California Chrome to win the Preakness Stakes on Saturday and he did exactly that. Of course, I also had Bayern and Ria Antonia in the top three so I wasn’t exactly flawless.

Chrome’s 1 1/2 length victory sends him to the Belmont where he will be looking to become the first Triple Crown winner since Affirmed in 1978. As of yesterday however, this might not be the case.

During Chrome’s six-race winning streak, trainers have had the young horse wearing a nasal strip ala Jerry Rice back in the days with the San Francisco 49ers. The problem for the California Chrome team is that New York, where the Belmont is held, doesn’t allow nasal strips. This doesn’t mean that the CC team can’t ask for an exception as the horse has been wearing one for sometime, but it’s likely we won’t know the answer for some time.

Obviously, there will be tremendous pressure on the folks in New York to allow the horse to wear the nasal strip because of the money involved. Television networks, sponsors and even racing enthusiasts will want to see this horse have a legitimate shot at winning the crown but the final decision on whether Chrome runs or not will ultimately sit with the owners.

As the day wore on yesterday, it was up in the air as to whether the owners would still run California Chrome in the Belmont should the nasal strip not be allowed. The mile and a half race is the longest and most grueling of the three Triple Crown races and happens to be a length that Chrome has yet to race.

As of right now, I just can’t imagine this horse not running. With history and tremendous riches at stake, it will be awfully hard to turn down.