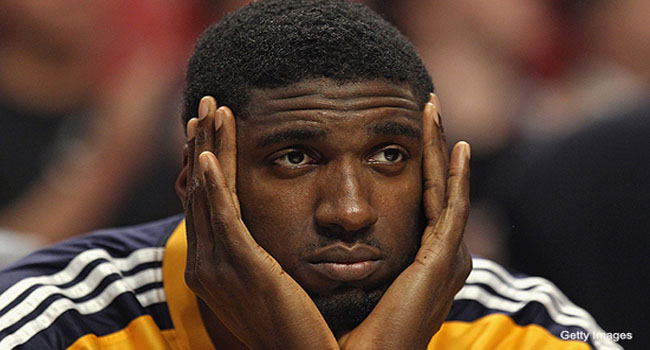 The Miami Heat look to become the first team since the mid-1980’s Boston Celtics to earn four straight trips to the NBA Finals when they take the court tonight in Indianapolis. I’ve struggled with this series throughout, I can’t lie about that for a second and I feel just as ‘off’ with tonight’s game as well.

On the surface, this looks like a no-brainer. The Pacers are worried about officiating, whether LeBron James is talking smack and when Roy Hibbert is actually going to show up consistently. Meanwhile, the Miami Heat just keep on trucking. Even without Chris ‘Birdman’ Andersen in game four, the Heat still trailed the Pacers by just two points (40-38) in points in the paint.

LeBron and Dwyane Wade continue to dominate the action when it matters and Chirs Bosh, Ray Allen and others keep on showing up when the team needs them to do so.

Can the Pacers stay alive tonight and force a game six back in Miami? I’m not sure I even know at this point!

Miami (-2) at Indiana, Heat Lead Series 3-1 – One of the major talking points coming out of game four was the disparity at the foul line. The Heat went 30 for 34 from the charity stripe while Indiana was just 11 for 17. Pacers’ star Paul George basically said the Heat were getting all the calls and he’s absolutely right about that.

The more aggressive team in this series has gotten the calls and that was Miami on Monday night. Perhaps George has forgotten that in game one his Pacers had an even more discrepant free throw advantage in what was their only win of the series to this point. More to the point of this discussion is that home teams in the playoffs are going to get more calls than visiting teams will.

It’s been that way for some time and we also know that stars are going to get calls more often than the non-stars will. We may not like and may not want to accept it but it’s a fact of life in the National Basketball Association.

As I said prior to game four, Pacers’ Coach Frank Vogel needs to get Luis Scola on the floor more often. By the time Scola played any meaningful minutes Monday night the outcome was basically in hand. Still, Scola pumped in 12 points in just 14 minutes of action and he needs to get his shot with this team’s back against the wall.

Roy Hibbert’s struggles aren’t just centered on the fact he didn’t score again because he also continues to have butter fingers. Game in and game out Hibbert violates nearly every fundamental of big man play by  bringing the ball down where smaller guys can get it. That, plus he can’t seem to get a grip on the ball either.

It’s time for Scola to get his shot because the Heat have struggled to find a guy who can handle him but Scola can’t do things by himself. Paul George, David West and Lance Stephenson all need to have their best games tonight if the Pacers are to extend the series. The problem is that my faith in this team is shattered.

Take the Heat to cover and advance. I also like the over tonight too.