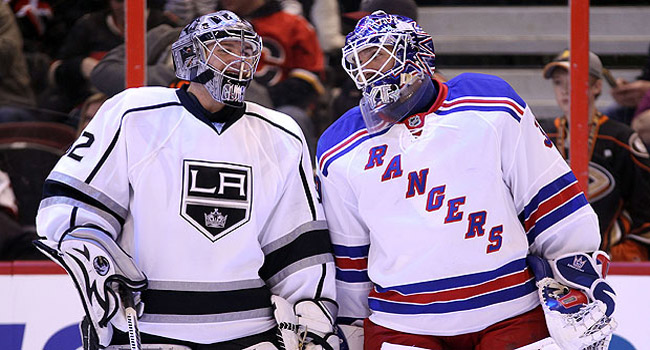 If you call yourself a hockey fan then you darn well had better have been watching game seven of the Western Conference Finals Sunday night. Both the Los Angeles Kings and Chicago Blackhawks left every ounce of what they had in the tank on the ice before the Kings prevailed in overtime. It was great hockey that featured great saves, great passing and intense action.

The National Basketball Association didn’t need a game seven to establish its’ final between two-time defending champion Miami and the Western Conference Champion San Antonio Spurs. Both teams disposed of their opponents in six games and now face each other in NBA Finals for the second straight year. This hasn’t happened since the Bulls-Jazz match-ups in the 1990’s.

Both the Stanley Cup Finals and the NBA Finals could offer you some interesting opportunities to make some money.

In the NHL, you’ll need to determine whether the LA Kings are tired or whether they will ride a wave of energy and enthusiasm in the early going of the Cup Finals. The New York Rangers have had plenty of rest and normally I’d side with the Rangers in the first two games of the series but let’s consider what I think is a very key piece to this potential dilemma.

If the Kings were heading straight to New York to play the Rangers in games one and two in Madison Square Garden, I would give more credence to them being worn down by the series with the Blackhawks but I think this case is a bit different. LA gets to return home for the first two games and the Rangers have to travel across the continent to play the Kings.

Despite playing all 21 possible games in these Stanley Cup Playoffs, I think being at home will be a big boost for the Kings. Much like baseball momentum is dictated by tomorrow’s starting pitcher, hockey is often dictated by the men between the pipes and Jonathan Quick and Henrik Lundqvist could have one of the great duels in recent Cup Finals’ history.

You’ll need to do some homework on these two but the opportunities are there for you to win in this series.

In the NBA, you should have a great chance for success when it comes to prop bets. The series itself will be as tough as ever to make a call on. I’ve already seen many of the top NBA analysts calling this series for the Heat in six or seven or they like the Spurs in six or seven. It’s almost a total 50/50 split among guys on some of the top NBA sites.

Much like the NHL, you’ll need to do some serious homework in order to figure the game to game winners but let’s get back to those prop bets. If you like picking the leading scorer of each game then turn your attention to Miami. You can bank on LeBron James leading the Heat in scoring as he does almost every time the Heat take the floor.

The Spurs are a different story because of their balance and it could be even more so if Tony Parker can’t go due to the bad ankle. Anyone from Tim Duncan to Manu Ginobili to Danny Green could lead the Spurs so I’d steer clear of the Spurs in that area.

Most three-pointers is another area to take a chance because both teams can hit from downtown. I’d lean towards the Heat here because of Ray Allen but don’t for a second forget about the Spurs.

Make sure you look over all of the prop bets going off in this series and you can start over at bovada.lv.