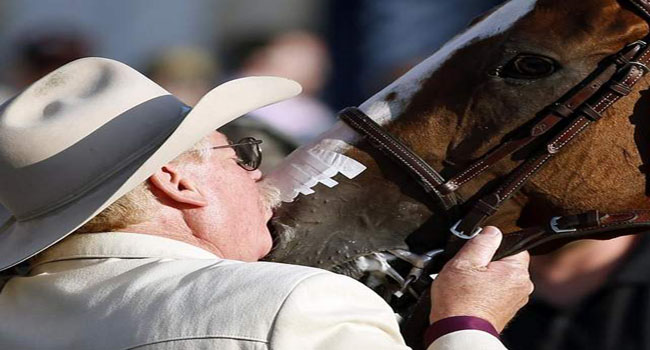 California Chrome became the 13th horse in the last 38 years to fail to win the Triple Crown but the real story was not the horses but California Chrome’s co-owner Steve Coburn. Obviously upset in the moments following his horse’s failed attempt at glory, Coburn said of winner Tonalist that “it’s the coward’s way out.”

What Coburn was referring to was the fact that Tonalist did not race in either the Kentucky or the Preakness Stakes. Therefore he was clearly the fresher horse. While I agree that Coburn’s rant immediately following his horse’s loss made him look like a sore loser, I also believe he is 100% correct. California Chrome in recent weeks has been dubbed ‘America’s horse’ in large part due to the fact he was purchased for just $10,000. This is considered chump change in the high stakes word of horse racing.

Also part of the aura around the horse was the fact that his owners seemed to be ‘salt of the Earth’ people which appealed to the common folk among us. It’s in that vein that I understand Coburn’s passion and emotion. Could he have chosen a better venue and a more reserved style in airing his thoughts? Absolutely he could have, but then he wouldn’t have been himself and that was part of the appeal of who he is.

His point is true though. Horses who run the first two legs of the Triple Crown are at a decided disadvantage when compared to horses who run only one or none of them. People not familiar with horse racing often struggle to understand just how massive of a toll these races take on the individual horses. They are not like human beings who can recover after a few days. They need substantially more time.

Coburn’s point has not only scientific evidence behind it but also solid pieces of true sportsmanship as well. Despite the way things came off, I hope the people who run the sport strongly consider what Coburn is saying.

You’d be extremely hard-pressed to find to opening games of any Stanley Cup Final as exciting as these two have been. In the opener, the Los Angeles Kings won 3-2 after falling behind 2-0 in the first period. As they climbed back into the game, the Kings peppered the Rangers’ Henrik Lundqvist repeatedly through the third period before they finally solved Lundqvist late in the final period.

In game two, the Rangers jumped to a 2-0 lead again and would actually have leads of 3-1 and 4-2 before finally dropping the contest in the second overtime period.

Entering this series I picked LA to win in six games. I felt their offensive firepower and a better than average Jonathan Quick would be enough to beat the Rangers despite Lundqvist being a notch above Quick. In reality, the series has been much closer than even I anticipated and I don’t think this series is over by a stretch.

I think the overwhelming athleticism by the Kings has been the difference but the Rangers have countered with speedsters Carl Hagelin and Mats Zuccarello creating great opportunities. If the Rangers can even things up in Madison Square Garden then I think it’s an absolute toss-up heading back to LA.

The major difference between hockey and all other sports is the goalie position. While Lundqvist cannot win this series on his own, he can make enough of a difference to keep his Rangers in it.

I still feel like the Kings will take home the Cup but look no further than 2011 when Boston was down 0-2 to Vancouver before they came back to win it.