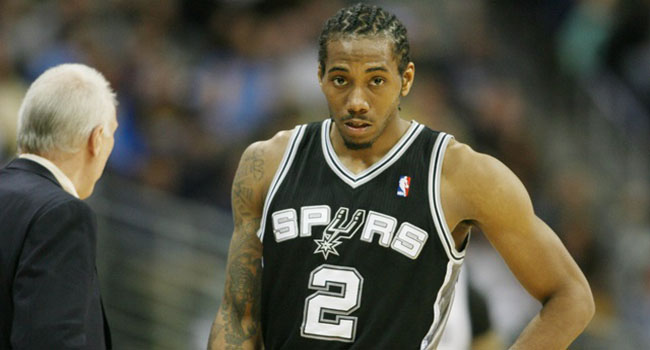 If you follow trends, then all you need to know is that in the era of the ‘big three’ in Miami, they have won 13 straight games following a loss.  Last year in this same situation, the Heat followed a blowout loss to San Antonio with a big win of their own. Therefore, I really don’t need to go any further here do I?

Of course I do especially after I was dead wrong about game three. While I thought Kawhi Leonard was due for a big game I still thought the Heat would be happy to be home and would get the win. Such is life in the betting community.

On to game four…

San Antonio at Miami (-5), Spurs lead 2-1 – Sometimes there are few answers to seemingly easy questions. That must have been how Heat coach Erik Spoelstra must have felt during the first half of game three. While watching the Spurs shot 76%, Spoelstra knew his team had to play better defense but it wasn’t that bad.

The Spurs were just flat-out draining everything whether the Heat were playing solid defense on them or not. A closer look at game three though reveals some things were just not happening for the Heat that should have been. Chris Bosh was a non-factor while Mario Chalmers continues to struggle with his shooting and overall game.

As poorly as Miami played, they had the Spurs ‘ lead cut to seven in the fourth quarter and a victory would have been one of the great all-time comebacks in NBA Finals’ history. The Heat have to hang their hat on that because there’s no way they’ll play that poorly tonight.

We must give credit where it is due and that means crediting Gregg Popovich and the adjustments he made. It certainly helps when Kawhi Leonard is aggressive at both ends of the floor and hits for a career high in points. His defense on LeBron James may have been just as important though as he gave James little space with which to operate.

Popovich also started Boris Diaw in place of Tiago Splitter and that move paid big dividends as the Spurs’ were much more successful on the offensive end of the court with Diaw in the game. How Spoelstra counters this will be one of the keys for tonight.

It would be very easy for me to just settle on trends that clearly favor Miami. Twice the Heat and the ‘big three’ have faced 2-1 deficits and in both cases they went on to win the series. I’m not just going to rely on trends though because there is no way LeBron is going to follow up a very pedestrian game with another one.

I expect James to go for at least 30 points tonight but I also expect five or more assists and several of those will go to Chris Bosh who has to be more of a factor and he will be. This isn’t to say the Spurs can’t win this game because they most certainly can but this really is a must-win for Miami. If they go down 3-1, they would be facing a situation where they’d have to win three straight including two in San Antonio.