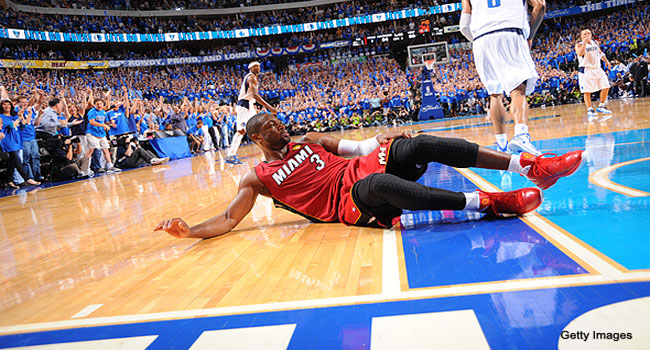 Flopping – “the act of pretending a foul has been committed in the hopes of fooling an official into blowing the whistle.”

The above is an actual definition that has suddenly become much more pertinent to the world of sports today than I ever dreamed it would. It has taken center stage because of the fact that the very sport where it originated is holding its’ premier event. But flopping has spread to other sports and it’s absolutely out of control.

One of the bigger issues of flopping is the discussion over whether or not it is an acceptable part of the game. There are those that define it as doing whatever it takes to win and if getting an official to blow the whistle on your opponent takes some acting then by all means do it. The other side is the more traditional side I suppose. Where is the honor? Where is the professionalism? Is this any way to play the game?

I honestly can see and understand the arguments from both sides but in my own personal opinion flopping has to stop. It has made its’ way into almost every sport we watch now and has gone from being a fairly unique circumstance to seeing it almost routinely.

The act of flopping has most of its’ origins in the game of soccer. With games that are typically highly competitive and usually very close in terms of score, players will do anything and everything in an effort to gain an advantage. Flopping has gone from a simple act of falling down or reacting as is if hit to a full-blown Oscar-worthy performance that would make Tom Hanks jealous.

How appropriate and timely was yesterday’s World Cup opener? Host nation Brazil was tied 1-1 with Croatia in an extremely tight game. Knowing the host nation in the World Cup had never lost, the pressure was mounting on the Brazilians. That’s when a flop paid off…

Brazil was attacking in the Croatian end when a Brazilian player offered up his finest acting performance which drew a penalty resulting in a penalty shot which gave Brazil the 2-1 lead. It was a horrendous call and the kind of thing soccer is getting a bad rap for as Brazil went on to win 3-1.

Flopping has also become quite prevalent in the National Basketball Association as well. Miami’s Dwyane Wade was fined $5,000 for his top notch acting job in drawing a foul on Manu Ginobili. The sad part about what is happening in the NBA is that some of the game’s biggest stars are becoming the game’s biggest floppers.

Players like LeBron James and Blake Griffin have become notorious for their acting jobs. I can’t say they started the process because Bill Laimbeer was once a tremendous actor as well twenty-some years ago but today’s stars are perfecting it.

The National Hockey League has seen its’ share of flopping as well but it comes with a different set of rules. If you flop, there will be retaliation in almost each and every circumstance so that does limit it a bit but flopping still happens and the acting is pretty good if I may say so.

Even the National Football League sees flopping. Where you may ask? Ever seen a punter put on a Tony Award worthy performance as a defender comes within an arm’s reach? Ya, it happens there too.

Ultimately, the penalty for flopping must be enough to deter the action and so far it has not reached that level. As in the case with yesterday’s World Cup opener, flopping is affecting the game and sadly, it is affecting the outcome of games as well.