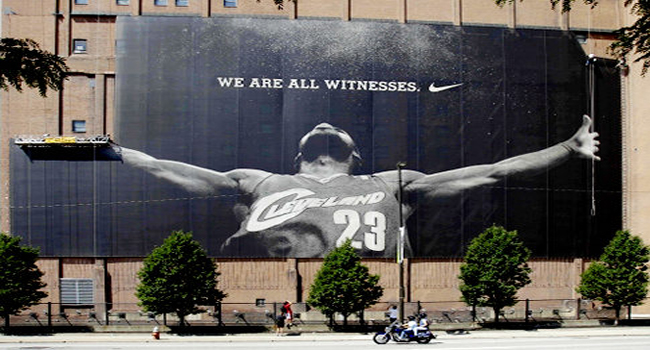 I was fully prepared this morning to pull out my best Judge Smails impersonation regarding LeBron James. Smails of course was portrayed in the movie ‘Caddyshack’ by the late, great Ted Knight. Among many of his classic lines was one near the end where he looks at Danny and says, “Well…. We’re waiting!”

LeBron thankfully made that phrase unnecessary when he chose to return to the Cleveland Cavaliers. We are all grateful for his decision because it saves us from more useless drivel from ESPN and sports talk radio in general about where he was going to go.

What I want to discuss today isn’t about where LeBron has gone but rather how his decision has completely changed the way we are betting on potential NBA champions.

Here’s what we need to consider.

Cleveland went from as much as a 60-1 shot two months ago to all the way down to 3-1 yesterday following LeBron’s announcement. MGM Grand in Las Vegas moved the Cavs to 7-2 which makes them co-favorites with the defending NBA Champion San Antonio Spurs. Two other sports books in Nevada moved the Cavaliers to 9-2.

According to numerous outlets, money actually started moving towards Cleveland in the hours after James opted for free agency. While the money was relatively small, MGM claims it did have one bet at $1,000 on the Cavs at 40-1. This was obviously prior to James’ most recent announcement.

There are some things you need to keep in mind before you settle on the Cavs however.

It looks a though Chris Bosh has returned to the Miami Heat (more on their odds in a second) and that Dwyane Wade is likely to do the same. There are reports this morning that center Pau Gasol could be headed to Chicago and the destination for Carmelo Anthony remains unknown.

These are important moves that have been made and will be made because should Wade, Gasol and Anthony all remain in the Eastern Conference then I expect that will alter the Cavs odds a bit.

As for the Miami Heat, The Las Vegas Superbook has dropped them all the way down to 100-1. Again, I expect their odds to change as well as free agency now moves forward at a faster clip. One of the early reports that followed the James’ return to Cleveland was that Carmelo Anthony was strongly considering going to Miami.

My gut feeling is that this won’t happen. ‘Melo will not want the pressure of following up LeBron’s act on South Beach because nothing short of a championship will satisfy fans in Miami. If there still are fans in Miami that is…

Essentially, the waves are still rippling from LeBron’s choice and the waters won’t settle until the other big name free agents finally decide where they are going as well. Should Anthony chose Chicago, which remains a strong possibility, their odds will change significantly.

Let’s not forget that Anthony could choose to go to the Los Angeles Lakers. Their odds would also be affected as well although it’s doubtful they would alter the odds for the Cavaliers.

You will need to decide when and if you are going to put money on LeBron and the Cavs to win an NBA Title but it doesn’t have to be right this minute. Make sure you also consider his teammates and talent around him. That talent could still change because of rumors about the Cavs trying to land Kevin Love via trade with Minnesota.

I don’t think that’s going to happen but you have to keep it in mind for the next couple of weeks or so.