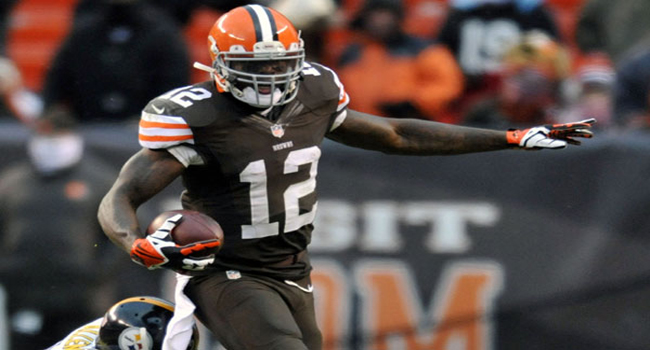 I sure hope National Football League Commissioner Roger Goodell has enjoyed his summer. It’s obvious he must have spent a great amount of time out of his New York office because there sure hasn’t been a lot done this offseason.

Apparently the NFL Draft took it out of Goodell. So exhausted he must have been that we’ve seen neither hide nor hair of him since he had to walk out onto the stage 32 times or so. I know how grueling that can be for a guy used to being behind his desk most of the day.

All kidding aside, I know I’d really feel better if Goodell decided to finally make some decisions regarding both player and owner misconduct. At the very least, it would be nice if Goodell made a special walk to the podium and said, “Enough!” But that doesn’t seem likely either.

Over the last couple of weeks, the NFL has been hit with another rash of arrests and questionable behavior. The Baltimore Ravens’ Jimmy Smith was arrested for disorderly conduct making him the fifth Ravens’ player put in cuffs this offseason. You’d think this would urge Goodell to act or at least make a comment considering this is hometown team.

Former player Titus Young was arrested again, this time for battery and bodily injury. I’ve lost count on his arrest totals quite honestly. Cleveland’s Josh Gordon is out of control and likely facing a suspension of at least a full season. So bad is the behavior in the National Football League that profootballtalk.com actually has a ‘police blotter’ section.

The recent issues are bad, but they take a back seat to the pending discipline that should have been handed down months ago. Whenever Goodell does pop his head out the beach sand and is asked about pending consequences for Jim Irsay, Ray Rice and Aldon Smith he typically goes with, “We are still investigating.”

I call bull crap. What is left to investigate?

Jim Irsay has already received his penalty from the State of Indiana regarding his arrest. The Colts’ owner was arrested for driving under the influence and possession of a controlled substance when he had a plethora of prescription drugs that weren’t prescribed to him. ESPN Football Writer Jim Trotter routinely tweets that Irsay has been penalized by the state but asks Goodell (@nflcommish) what his stance is.

What is left to investigate here? Nothing to be honest. This is about making sure he nails Irsay properly but not so harshly that he upsets the other 31 owners who are basically his bosses.

In the case of Ray Rice who knocked his fiance, now wife, out cold in an elevator, what is left to discuss or investigate? The public has seen the video of Rice dragging her out of the elevator but there is also video of inside the elevator as well. We haven’t seen that one and likely never will. We also know that Rice and his wife have gone to New York City where they met with Goodell.

What is left to decide here?

Ultimately, Goodell is doing a major disservice to teams like the Colts and Ravens among others as he drags his feet with his discipline. The Colts certainly would like to know the status of their owner but even that isn’t as important as the situation with Baltimore where the team would clearly like to know the status of its’ starting running back heading into training camp.

Sadly, this tardy approach by Goodell has become the norm for him and this makes fans have less and less confidence in him all the time.