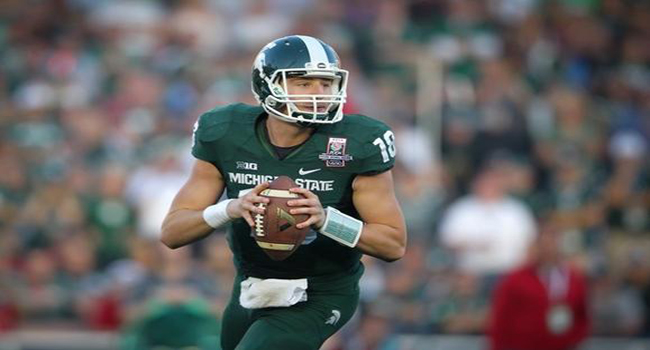 On Friday, I gave you the top eight favorites to make the new four-team college football playoff. Today I’m looking at teams that are outside of the favorites that I believe will have a legitimate shot at making the playoff.

The term ‘long-shot’ in college football is used a little differently than in other walks of life. Most of the teams listed below are very viable title contenders but they just aren’t listed among those top eight. Let’s get to it.

Baylor Yes +350, No -600 – The defending Big 12 Champs have Heisman candidate Bryce Petty leading the offense but the question will be how well the defense can play? The schedule is not horrible but they do have to go to both Texas and Oklahoma. If they get wins in both of those locations then the sky’s the limit.

USC Yes +550, No -1,100 – The Trojans enter the Steve Sarkisian Era with high hopes that he can return them to glory. After starting all 14 games last season, Cody Kessler will start again at quarterback. USC will face some tough tests but only Stanford and UCLA are on the road. They get Notre Dame, a bowl-game rematch with Fresno State in the opener and both Oregon State and Arizona State at home. Don’t sleep on this team.

Michigan State Yes +300, No -500 – The defending Big Ten Champions are going to be a very sexy pick despite losing some key players from last year’s team. The Spartans only road tests are at Oregon and at Penn State. They get Michigan, Ohio State and Nebraska at home in East Lansing. Head Coach Mark Dantonio will keep this team competitive.

Georgia Yes +250, N0 -400 – If the Bulldogs can get past Clemson in the opener and then at South Carolina two weeks later then look out. The rest of the schedule is pretty favorable including the final three game at home and that includes Auburn and Georgia Tech. If the defense improves and the quarterback play is solid then UGA could be there.

South Carolina Yes +400, No -600 – The Gamecocks have to replace Connor Shaw and of course #1 pick Jadaveon Clowney but the cupboard is far from bare. The good news is that SC has four of their first five games at home. The bad news is that they have road games at Auburn, Florida and Clemson in the second half of the schedule. Spurrier always has competitive teams but this one will depend on the QB.

Florida Yes +600, No -1,000 – Frankly I find it embarrassing that the Gators are listed here. This team was brutal last year and while you can point to the loss of QB Jeff Driskel, his injury was far from the only reason the Gators finished under .500 for the first time in many years. Florida should open with three straight wins at home before their first road game which is at Alabama. They also have Tennessee and Florida State on the road. Don’t waste your time on the Gators.

Others I like to make it… Wisconsin – If they can get past LSU in the opener in Houston then the schedule is extremely favorable the rest of the way… Arizona State – Road games at USC, Oregon State and Arizona are tough, but they get Notre Dame, UCLA and Stanford at home. The Sun Devils are a long-shot but they made good strides last year.

Of all the teams above, I like the Michigan State schedule the best and give them the best chance of making the final four.