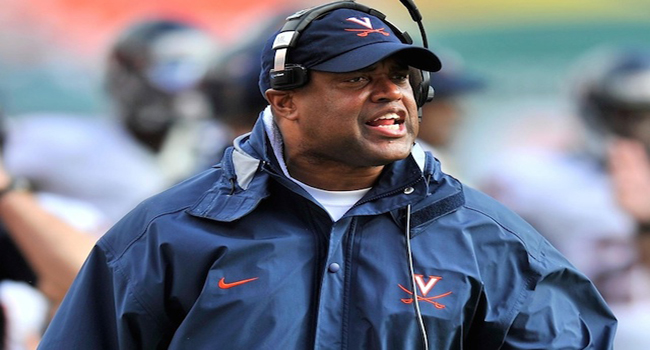 With many college football teams across the country getting ready to start camp in the next few days, it’s a good time to look at coaches who desperately need to win now or else they’ll be polishing up their resumes for jobs elsewhere.

Mike London, Virginia – After an 8-5 record in 2011, the Cavaliers’ top man has struggled to repeat that success. The last two seasons have seen UVa go just 6-20 and in the competitive world of college football that isn’t going to cut it. There is a lot of hope that things will turn around this season with a strong recruiting class but how much can be expected from freshmen this season?

The schedule isn’t going to help much as they host UCLA in the opener and then must travel to BYU, Florida State and Virginia Tech.

Verdict: If London goes 6-6 and gets to a bowl he’ll survive. Anything less and he can pack his bags.

Norm Chow, Hawaii – Once one of the hottest offensive coordinators in college football, Chow has been brutal as the head coach of the Warriors going just 4-20 in his first two seasons. The schedule isn’t horrible but will probably start with two losses as they host Washington and Oregon State. The one issues with the schedule? Three road games in the final four.

Verdict: 5-7 would probably save Chow’s job. Anything less and a return to the mainland is likely.

Charlie Weis, Kansas – You’d think with a 4-20 record at Kansas, Weis was coaching as if he was being paid by another school. Oh wait, he is! Weis is still getting paid by Notre Dame who kicked him to the curb after the 2009 season. The good news for Weis is that he gets 17 starters back on offense and defense. The bad news is that his Jayhawks still have to travel to Duke, Baylor, Oklahoma and Kansas State.

Will Muschamp, Florida – The former Georgia Bulldog player has gone 22-16 at Florida and that might be good some places but not in Gainesville. Despite going 11-2 in 2012, the sting from a Sugar Bowl beatdown by Louisville and then a brutal 4-8 season in 2013 has left Gator fans wondering if Muschamp is the man for the job.

To be fair, the injuries were beyond normal last year but considering the talent on the roster, the record should have been better. Seven starters return on each side of the ball and that includes QB Jeff Driskel. The schedule is daunting especially on the road. UF has to go to Alabama, Tennessee and Florida State. They do get LSU and South Carolina at home but those are not going to be easy.

Verdict: Muschamp needs at least an eight-win season and with little drama or else he’s gone.

Brady Hoke, Michigan – Hoke was the ‘Michigan Man’ the faithful wanted following the RichRod Era and it started well with an 11-2 record and Sugar Bowl victory. The 26-13 record at Michigan is OK, but two straight seasons barely above .500 are not sitting well with Wolverines’ fans. Throw in the fact he is now 1-2 against both Michigan State and Ohio State and that puts serious heat under his bottom.

The road schedule is not kind. Michigan has road dates with Notre Dame, Michigan State, Northwestern and Ohio State.

The Verdict: With seven starters back on offense, eight on defense and several great recruiting classes, Hoke may need a nine-win season to keep his dream job.