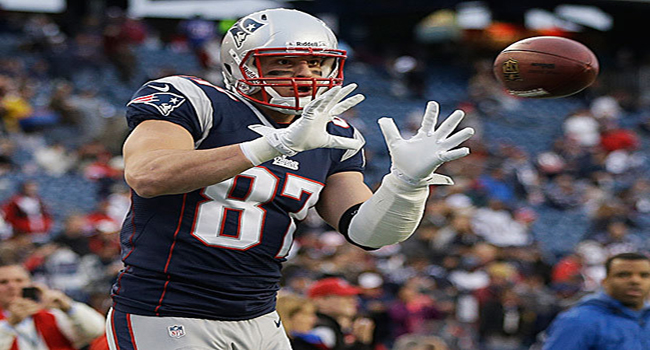 It’s time to start the AFC and I’m wasting no time. Let’s go!

New England -300 – I’ve lost track of how many division titles the Pats have won under Bill Belichick but they get ready to add another if health stays on their side. Last season saw the start of a transition in my opinion where the offense became more dependent upon the run than at any time in recent memory. That trend should continue in 2014.

The defense will be better simply with the addition of Darrelle Revis who can shrink the field and make offenses struggle to find yards elsewhere. The Patriots open the season with three of their first four on the road. The daunting part of the schedule however is the month of November when they play Denver and Detroit at home and travel to Green Bay and San Diego.

Miami +650 – Miami improved a lot in 2013 and probably should have made the playoffs but didn’t. Ryan Tannehill is a very nice quarterback but he has to get rid of the ball sooner and take less sacks. A solid running game could help that. Defensively, I think the Dolphins are going to be good. They are the type of team to me that if they can score 21 points per game they’re going to win most of them.

The schedule for the Fins isn’t too bad. They get three of their final four games at home but they do have a stretch of three away games in four weeks in November. Those opponents are Detroit, Denver and the Jets with a visit from Buffalo mixed in.

NY Jets +650 – The Jets surprised some people by going 8-8 last season. Many thought they’d be worse. Geno Smith is the clear starter but Michael Vick waits in the shadows and if the team is playing well but Smith is struggling then look for Vick quickly. The defense looks pretty good in the front seven but the secondary is young, banged up and lacking experience.

Rex Ryan is flat-out coaching or his job in 2014 and when a coach is dealing with that, they can flip switches quicker than they might normally do so. I look for the Jets to rely on a pretty good running game because the receivers don’t scare me and Smith doesn’t either at this point in his career. The schdeule opens with Oakland in MetLife Stadium but then it gets brutal for the next six games. Following the opener, they play at Green Bay, host Detroit and Chicago, play at San Diego, host Denver and then play at New England.

Buffalo +900 – The Bills are loaded with question marks first and foremost among those deals with where they’ll be playing in the future. Will the new ownership keep the team in Buffalo? Will they head to Toronto or will they go somewhere else? For the guys on the field, their success hangs on the arm of quarterback E.J. Manuel who needs to stay healthy this year.

He has plenty of weapons at his disposal with rookie Sammy Watkins, RB Fred Jackson and big tight end Scott Chandler. His consistency is an issue and it didn’t look much better last weekend against the Steelers. The defense will struggle without Kiko Alonso who so good last season. The Bills’ schedule isn’t horrendous but they will have a tough final four games as they play at Denver, home to Green Bay, at Oakland and at New England in the finale.

Overall: The Pats have too much talent and will win the division. Should they stumble, Miami is the next best choice.