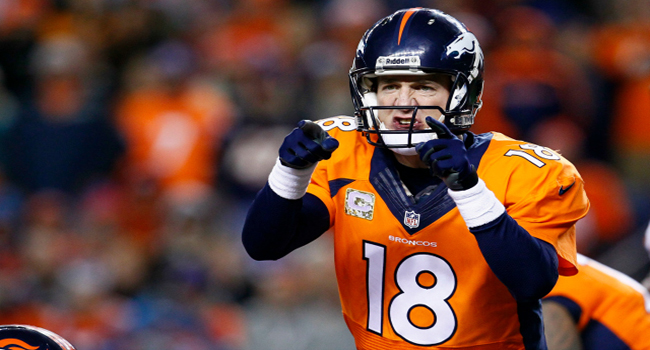 Our trip through the eight NFL divisions ends here.

Denver -300 – Last we saw the Denver Broncos they were getting steam-rolled in MetLife Stadium by the Seattle Seahawks. With Peyton Manning back and a host of potentially dangerous upgrades on defense, the Broncos are a strong favorite to get back to the Super Bowl from the AFC. Because Denver was beaten so badly by Seattle, the defense getting stronger seemed obvious but I think the equally important issue was upgrading the offense that was stymied in Super Bowl XLVIII.

I’m concerned about the running game for the Broncos. Montee Ball has missed time after having his appendix removed and I’m not sure about the depth there. I think the’ll be fine in the regular season but the playoffs will be a different story. Denver’s schedule is brutal out of the gate. They open Indianapolis and Kansas City at home, travel to Seattle and then have Arizona after the bye week. They also play six of their final nine games on the road.

San Diego +500 – QB guru Ken Whisenhunt left for the Titans’ job and now Philip Rivers has to show he can play QB at a high level without Whisenhunt or Norv Turner who was with him for years. Ryan Mathews looked much better last year as a pro running back and the emergence of Keenan Allen at wideout will help Rivers as well.

The Chargers were decent against the run last season but they were 30th against the pass and that is not going to get things done especially when they have to play Peyton Manning twice. If San Diego can find ways to create consistent pressure on the quarterback then they could be more of a threat than most of us think. The Chargers have two tough opening games at Arizona and then home to Seattle. The last five games however are not easy either with trips to Baltimore, San Francisco and Kansas City mixed in with home games against New England and Denver.

Kansas City +600 – The Kansas City Chiefs were 2nd in passing, 4th in rushing and 2nd overall last season offensively. Defensively, they were 31st overall and dead last in pass defense. While the offense doesn’t seem to have too many issues, the defense is an entirely different question. Andy Reid and the front office addressed the troubles by adding defensive end Dee Ford and cornerback Phillip Gaines with their first two picks.

A lot of people think the Chiefs will take a step back this year and I can see that happening but I can also see this team being just as competitive as well. Alex Smith won’t win a ton of games by himself but he won’t lose many either. If the defense comes around, they could challenge in the West. The schedule features an incredibly tough four game stretch through most of September. They play at Denver, at Miami home with New England and at San Francisco. Can they survive that?

Oakland +1800 – In most seasons, it’s bad enough just having to discuss the Raiders and their on-field shortcomings but now there is speculation they might not even be in Oakland much longer. That’s not good for anyone on the field or in the stands. I have zero faith in Matt Schaub and and perhaps even less that Darren McFadden can stay healthy.

Besides divisional opponents Kansas City, Denver and San Diego, the Raiders also have to travel to Seattle and New England. I just don’t think this team is going to do very much and you probably don’t either.