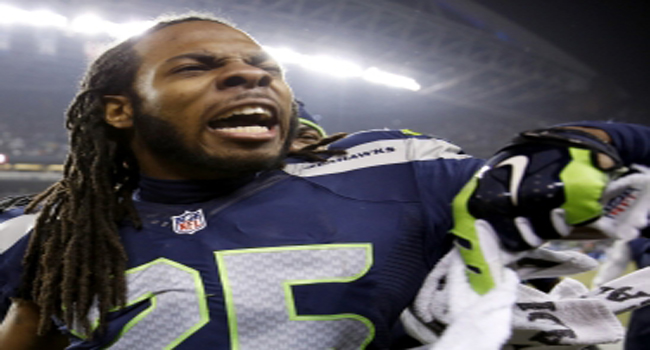 The NFL Season begins tonight! Plus I’ve got Arizona on the road in Texas.

Green Bay 0-0 (+6.5) at Seattle 0-0 (O/U 46) – The Packers had won three straight against Seattle before losing in the famous ‘fail mary’ game in September of 2012. You’ll recall that’s where the Seahawks basically ‘stole’ one from Green Bay on the game’s final play. Things have changed quite a bit since that last meeting.

The Seahawks are the defending Super Bowl champions while the Packers have re-tooled on defense and have added a more sound running game behind Eddie Lacy. The simple piece of analysis in this game starts up front where the Packers are being forced to start a rookie at center. In the earlier game I mentioned, Aaron Rodgers spent a god deal of it running for his life.

Look for the Packers to come out early and try to establish the run and the play-action pass. If those things happens then Green Bay has a great chance of knocking off Seattle at home. For Seattle, they need pressure on Rodgers defensively and offensively they need to pound away with Marshawn Lynch in order to set up Russell Wilson in play-action and on the edge.

Rodgers must be able to go through his progressions because Seahawks’ corner Richard Sherman will likely blanket Jordy Nelson. That means Randall Cobb has to find room and Lacy must also be a factor in the passing game as well. He’ll need to be good on the blitz pick-ups but he’ll need to be an effective receiver for Rodgers when called upon to.

Trends: Green Bay is 2-7-1 against the spread in their last ten games… Seattle is 1-3-2 ATS in their last six games against the Packers… The total has gone UNDER in four of the last five games between these two when playing in Seattle. The Seahawks are 18-1 straight up in their last 19 home games… In the teams’ last ten meetings, Green Bay has outscored Seattle 28.2 to 18.9.

The Pick: It’s hard to walk away from these trends and I’m not. I love the Packers getting the points and I like the UNDER even more. Gimme the Seahawks to win 20-17.

Arizona 1-0 (-7) at Texas-San Antonio 1-0  – These two hook up in the Alamodome after playing at Arizona last season. Last week, the Roadrunners stunned Houston 27-7 as the Cougars were celebrating the completed renovation of their stadium. Despite 14 penalties, UTSA took advantage of six Houston turnovers in the win.

Arizona beat up on UNLV 58-13 last week and in the process came just a handful of yards shy of 800 for the game. They were better than 50% on their third-down conversions and went three for three on fourth down conversions as well.

The Pick: I think UTSA gives the Wildcats a run early but I like Arizona to cover with constant pressure from the offense.