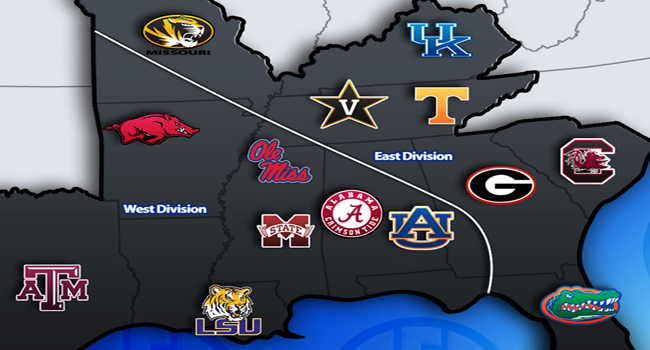 We are now through three full weeks of college football and typically by this time we have a small glimpse of who the top teams might be. I would accept arguments right now on any number of teams but I still haven’t seen one team that makes me sit up and take notice. Consider the following games from this past weekend.

Georgia was the darling of the college football world after their huge win over Clemson in their opener. Paired with South Carolina’s devastating loss to Texas A&M, many CFB experts we suddenly changing their picks for the winner of the SEC East Division. The Gamecocks barely escaped East Carolina (more on them later) in week two so naturally, we thought Georgia would go into Columbia and win right?

Georgia battled hard by fell 38-35 to the Gamecocks. The loss opens things back up for South Carolina and also makes each team’s game with Florida that much bigger now.

As far as those Pirates of ECU are concerned, all they did was go into Blacksburg and knock off unbeaten Virginia Tech 28-21. This was a Hokies team that upset Ohio State in Columbus just a week before. Suddenly we were all thinking that maybe the ACC wasn’t easy street for Florida State. Well, maybe it is after all.

One of the sexier picks to make the Championship Playoff this season was UCLA led by Heisman Trophy candidate Brett Hundley. The good news is the Bruins are still unbeaten at 3-0, but their wins have been struggles. They defeated Virginia on the road with defense, barely survived Memphis in the Rose Bowl by seven and then Saturday they managed to get by Texas 20-17 with Hundley out with an elbow injury.

Back-up Jerry Neuheisel led the Bruins to the go-ahead touchdown with three minutes to go in the fourth. Let’s be clear; the name of the game in college football is winning and UCLA is winning but I have a hard time seeing this get through the Pac-12 schedule unscathed right now.

What is blatantly obvious to all of us is that the Big Ten is not going to go anywhere near the playoff with several miracles. A week ago the conference suffered losses at the top with Michigan, Michigan State and Ohio State going down and losses at the bottom with Northwestern and Purdue losing to MAC schools.

This past weekend, Michigan was taken deep into the second half by Miami, OH before pulling away in the fourth. Indiana lost to Bowling Green and Iowa lost at home to rival Iowa State by three. This is a Cyclones’ team that was throttled at home in the opener by North Dakota State too.

As bad as the Big Ten has been, the SEC has been quite the opposite.

The best football conference in the country is proving worthy of their title as they now have seven teams in the Top 25. Alabama, Auburn, Texas A&M, LSU and Ole Miss are in the top ten and each is unbeaten. Georgia, South Carolina and Missouri are also listed. The tragic irony of this dominant situation is that the SEC could very well knock itself around too much.

Florida plays at Alabama this coming Saturday and then in two weeks, things get really interesting. LSU will play at Auburn and Alabama will travel to Ole Miss. While it’s doubtful anyone comes out without some scratches, the SEC can’t beat itself up too much or it could cost itself the two spots we’ve all given it in the final four.

As usual, there’s a lot that can happen.